'I am very poor at spelling.'

‘I can never spell it correctly.’

These are the kind of statements you often hear people making when they talk of spelling.

With some effort you can overcome your spelling problems.

Try the following as an aid to better spelling.

1. Divide the words into syllables

If you pronounce words syllable by syllable it will help you develop your spelling.

The following examples have been divided for you into syllables.

A good dictionary shows the syllabic division of words.

2. Use prefixes and suffixes

Some words may be considered as having joints.

Such joints are found at points where prefixes and suffixes meet word roots.

It is at these joints that spelling mistakes are often made.

It is not whole words that are usually difficult to spell.

It is only certain letters within words that cause spelling difficulties.

These are referred to as spelling trouble spots.

Some trouble spots in the following examples are written in bold type. 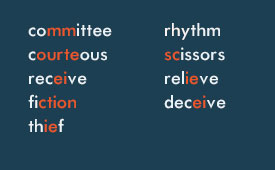 1. The correspondence between the spelling and pronunciation of some English words is confusing.

Some pairs of words have some resemblance in the way they are spelt but are pronounced differently.

The following are some more suggestions to help you spell correctly.

You will find that few of the suggestions are without exceptions.

They must therefore be used carefully, and not regarded as spelling rules.

2. When a suffix beginning with a consonant is added to a word that ends with an /e/, the /e/ is usually maintained.

3. When a suffix beginning with a vowel is added to a word ending with a single consonant, that consonant is doubled.

Letters in words that are usually misspelled are shown below.

Carefully read through them and practise your spelling. 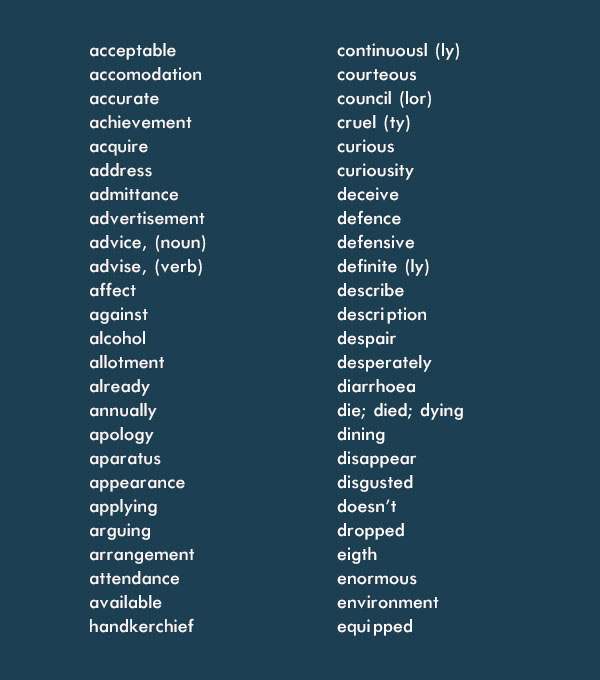 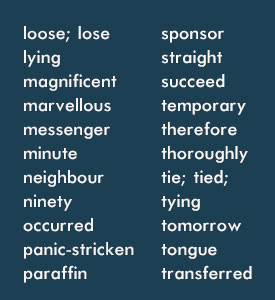 The following are commonly misspelled expressions.

The numbers in brackets show the number of words meant to be in an expression.

Why do some English words have the same pronunciation, but different meanings and

For example son and sun. 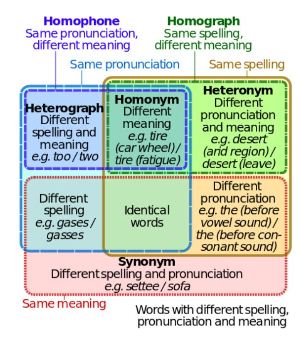