During the 1960’s, many African states were beginning to get their independence and they saw the need to unite politically and economically.

It was out of this need that OAU was formed.

The OAU was formed in Ethiopia in 1963 and its headquarters is in Addis Ababa. Every independent sovereign African State is entitled to become a member of OAU.

The founding members of the OAU 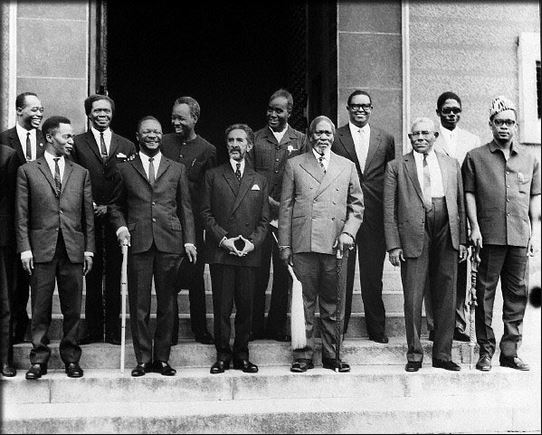 In order to achieve these objectives the member states agreed on general policies, especially in the areas of:

The organisation holds the following principles:

At a Heads of state meeting in Johannesburg, South Africa, a decision was made to change the name of OAU to the African Union, or AU.

Below is an image of the AU headquarters in Addis Ababa 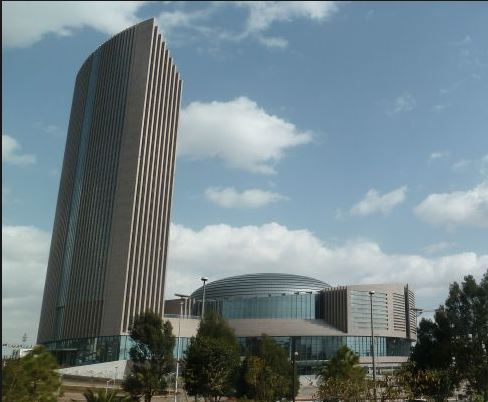 And here is a photogaph from inside the AU headquarters, during a meeting. 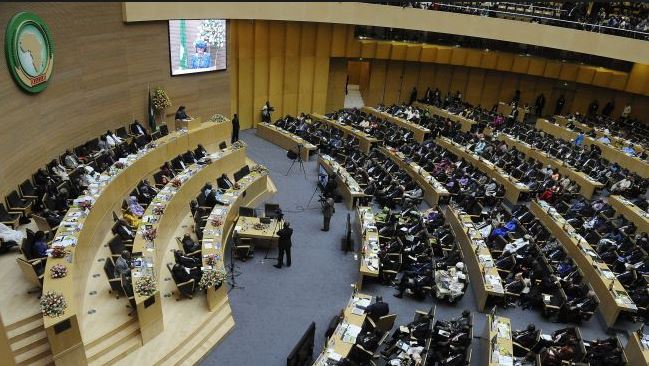 During the war, in 1941, the president of the United States of America, Franklin Roosevelt and the British Prime Minister, Winston Churchill held a meeting which became known as the Atlantic Charter.

They came up with the idea of an international organisation to monitor and maintain peace in the world.

Another meeting was held in Moscow in 1943 and was attended by representatives from Britain, Soviet Union, China and USA.

These people signed a declaration supporting the idea of an international organisation.

The following year (1944), representatives from the same countries met again in Washington DC and worked out a set of laws for the organisation.

In June the same year, they discussed and approved the laws to govern the organisation.

On 24th October 1945 the laws were signed by all the nations that supported the new organisation. By 2004, the UN had 191 member countries. 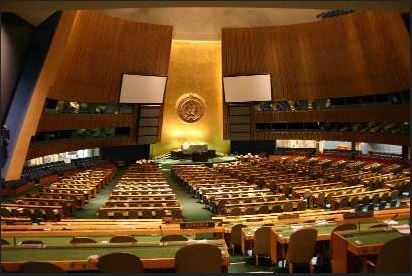 Reasons for the formation of The United Nations (UN)

United Nations was formed after the Second World War which ended in 1945. Below are the main reasons why it was formed:

FUNCTIONS OF SELECTED AGENCIES OF THE UN

UNHCR recognises that refugees have rights which must be protected and lays down minimum standards of how refugees should be treated.

It also has the following functions;

This image shows an example of a UNHCR refugee camp. 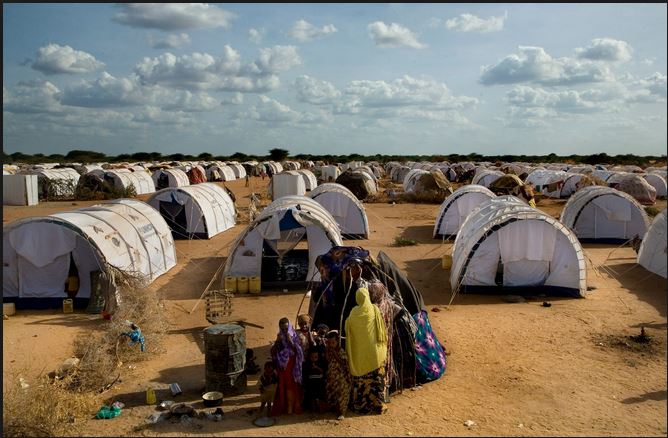 UNICEF was formed in 1953. Its main aim is to fight disease, malnutrition and illiteracy among children.

It aims at making the world a place where the rights of every child are realised. UNICEF believes that by caring for children people will to some extent, overcome challenges like poverty, malnutrition, violence, disease and discrimination. 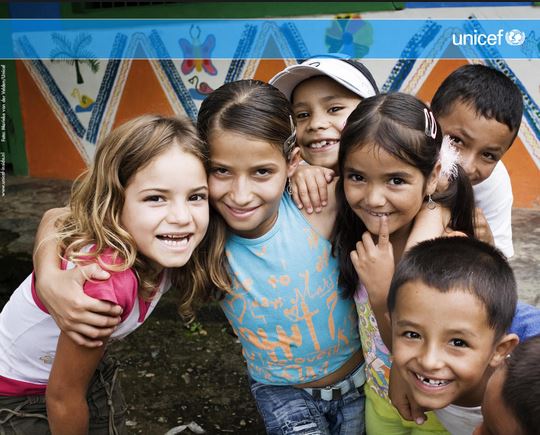 The main aim of establishing UNESCO was to promote international collaboration in the areas of education, science, culture and communications.

Its main goal is to ensure that people respect justice and rule of law.

One example of a World Heritage Site - an area which UNESCO believes should be protected, is Mount Kenya.

Mount Kenya is shown in the image below. 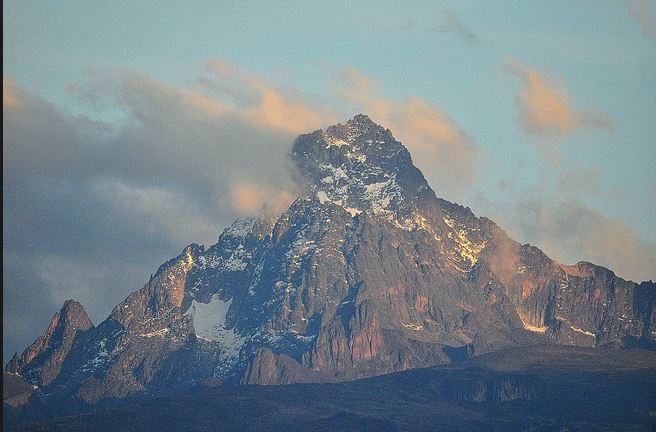 World Health Organisation was formed in 1948 and has its headquarter in Geneva, Switzerland.

WHO's main aims are to;

“Let there be bread” is the motto of the Food and Agriculture Organisation. The main objective of FAO is to assist nations of the world to be free from hunger. FAO assists in the improvement of production and distribution of food and agricultural products.

It helps developing countries to use modern methods in order to improve food production in agriculture, forestry and fisheries.

It works towards ensuring that there is good nutrition and food security for all.

United Nations Environmental Programme (UNEP) was founded in June 1972 and its headquarters are in Nairobi, Kenya.

UNEP monitors changes in the environment.

It co-ordinates activities aimed at promoting proper use of the environment.

It brings to the attention of the world environmental issues affecting the earth with the view to finding solutions to them.

It is mainly concerned about global pollution which in a way is contributing to global warming.

Its main areas of concern are:

Here is a photograph of the UNEP headquarters in Nairobi. 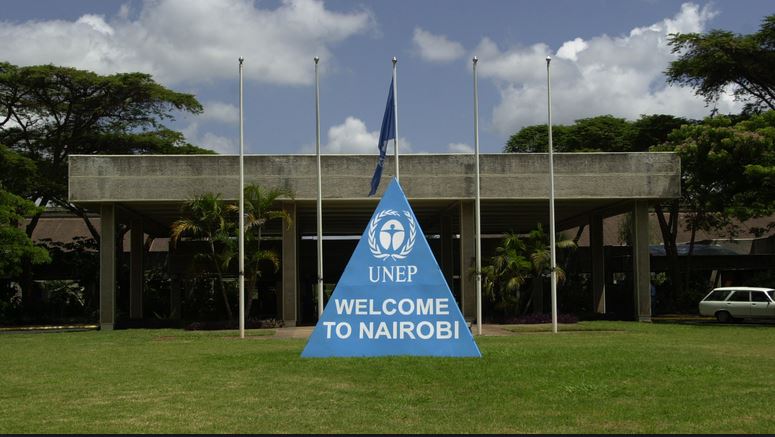 World Food Programme was established in 1960. Its main objectives are:

It was set up in 1944 and has its headquarters in Washington DC.

The World Bank is made up of two main institutions:

The World Bank lends money to developing countries to help them meet some of their basic needs.

It also lends money to groups of people interested in improving the environment.

It has given money towards activities aimed at achieving the following:

The Commonwealth is an association of 53 countries which have experienced a direct or indirect rule by the British.

Most members are former British colonies.

The oldest members are Britain, Canada, Australia and New Zealand, which became independent before 1914.

Recent members are the former British colonies in Asia, Africa and the Caribbean. Kenya joined the Commonwealth in 1963 when it became independent.

The head of the Commonwealth is the British Monarch who by 2013 was Queen Elizabeth II.

Here is a map showing the members of the Commonwealth 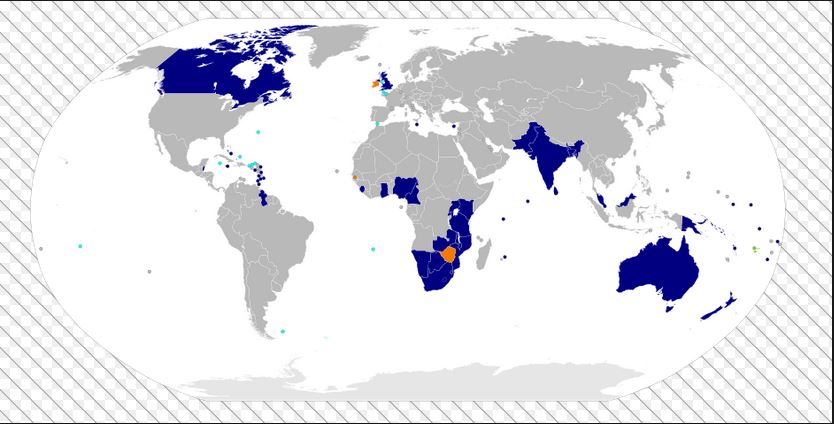 Reasons for the formation of the Commonwealth

The Commonwealth was formed in order to:

The main functions of the Commonwealth

The main functions of the Commonwealth

The Commonwealth Games help to promote realtions between member countries 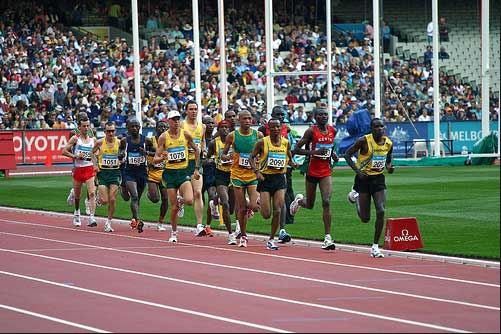