The Khoi Khoi and the San

The political, social and economic organization of the Khoi Khoi and the San

- These are two of the earliest communities of people to arrive in Southern Africa.

- The Khoi Khoi were called Hottentots by the early Europeans that came to Southern Africa.

- The San were called Bushmen.

- Today, these names are no longer used to refer to the two communities. They were thought to be derogatory.

- The Khoi Khoi settled in Southern Africa after the San.

- They were mainly pastoralists.

- However, they were also hunters and gatherers. They were organised in larger groups than the San.

- They lived in groups known as camps or settlements which consisted of 500 to 700 people.

- The size of each community or nation depended on the following factors:

- The land was communally owned.

- They hunted and grazed communally, waterholes and mineral rights belonged to all.

- When the nation became too large, the land was sub-divided among clans which then begun to operate like independent nations.

- The Khoi Khoi never developed into a big and powerful empire because of their nomadic way of life.

Below is an image showing hunters. 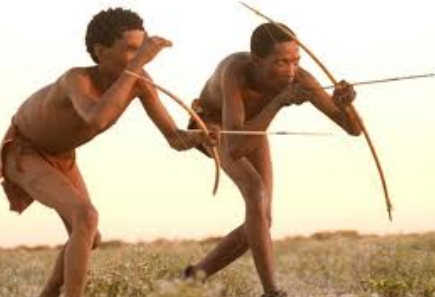 - All the clan leaders formed a Council of Elders which assisted the chief in making important decisions and in settling disputes.

- Discussions were held in open forums and if a group within the community felt that it could not cope with the rest, it had the freedom to break away and form a new clan with a new name.

- Because of this, splits were common and as a result, the Khoi Khoi spread to occupy a larger area than the San.

An image on the council of elders

- The San were the oldest community to settle in Southern Africa even before the Khoi Khoi.

- Before the coming of Europeans, they lived mainly by hunting and gathering.

- They led a nomadic way of life and their population was small and scattered in the region.

- Their main food was animals and birds, they also ate roots and other items gathered by the women. 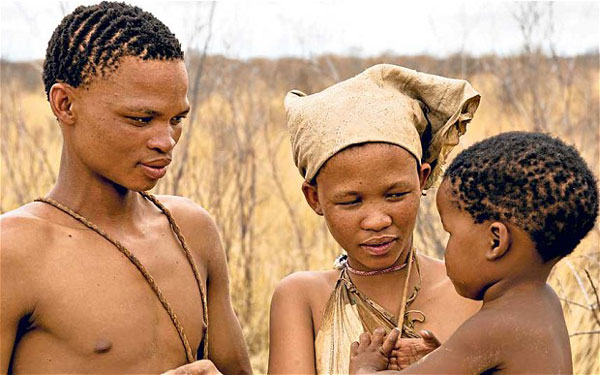 Government of The San

- Government decisions were made by common agreement or consensus.

- Leadership was not clearly defined. However, there was equality and mutual respect in the running of the affairs of the community.

- There were no chiefs or kings.

- Each government consisted of a Headman and a Council of Elders.

- These meetings were open to all male adults in the village.

- The San were democratic and allowed every adult male to participate in the affairs of the whole community.

- Here is an image on the Council of Elders 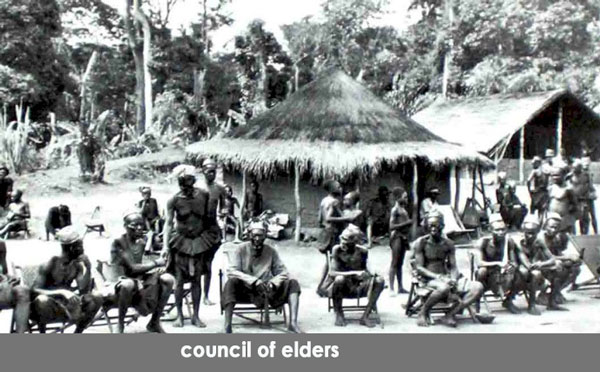 Similarities between the two communities

They lived close to one another and had the following similarities:

Differences between the two communities

Below is an image of some modern San people in Namibia 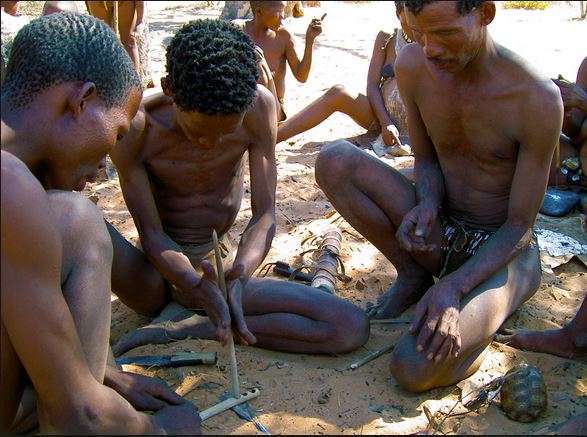 The role of traditional forms of government in society