Masaku was a descendant of the famous long-distance trader known as Kivoi who was a powerful leader of the Akamba people. 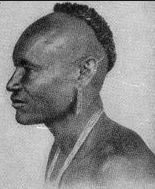 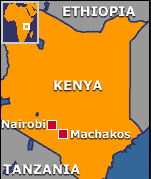 Koitalel Arap Samoei Samoei was a powerful ruler of the Nandi. 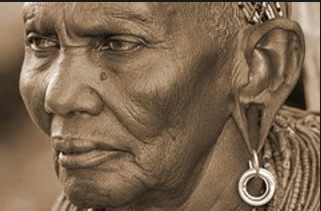 When the British were building the railway to Uganda, they encountered hostility from the Nandi who attacked the railway workers in their camps and stole steel rails and copper wires.

The British in turn took the Nandi’s cattle, burnt their stores and made away with their food reserves.

In 1905, British troops led by Meinertzhagen 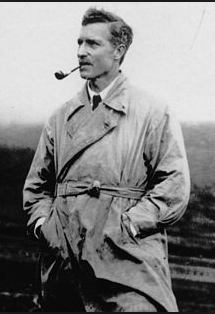 were sent to Kenya and met with Koitalel Arap Samoei.

During the meeting, a fight broke out and Koitalel was killed.

Meinertzhagen said that he had killed Orkoiyot Koitalel in self-defense since he had threatened his life.

However, the Nandi claimed that it was the British officers who had started the trouble.

Mekatilili Wa Menza was a political leader of the Giriama people.

She was also a medicine woman and a prophetess.

She led her people in resisting the British in 1913 when they wanted them to move out of their land in order to make way for white settlers.

However, the British crushed the resistance because they had superior weapons.

They then forced the Agiriama to make peace and sign treaties.

However, this did not work out.

In 1913, Mekatilili was arrested together with other leaders and sent to exile. Below are pictures of Mekatilili Wa Menza. 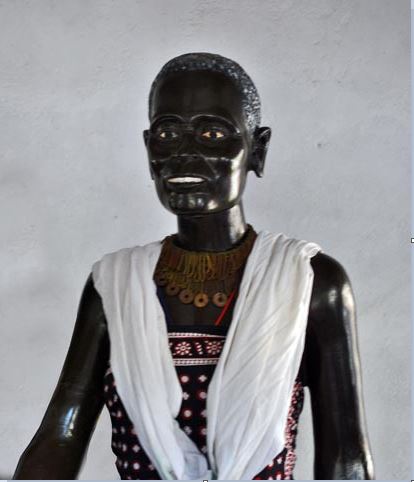 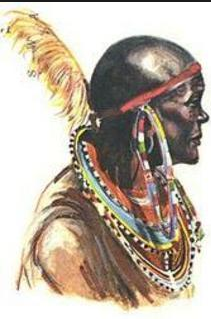 Before the Europeans colonized Africa, there were two main forms of government in place. 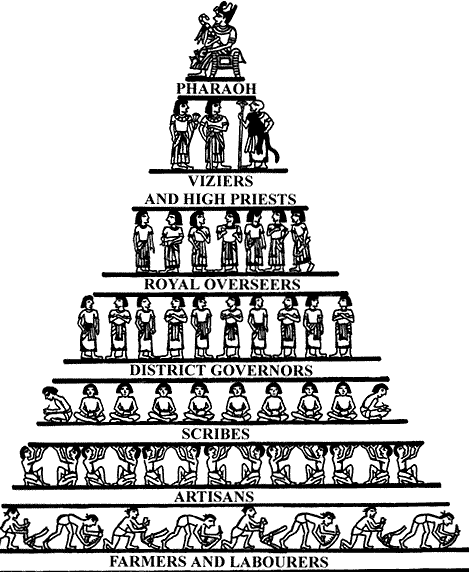 Authority in this system was shared or distributed to more people within the community.

There was a lot of consultation between the elders before any major decision was made.

Communities like the Abagusii, Ameru, Akamba, Mijikenda, and Agikuyu in Kenya had this system of government.

Traditional governments have the following functions;

The Abawanga are one of the many communities that make up the Abaluhyia people that occupy most of the Western part of Kenya.

The Wanga Kingdom was made up of several clans living together.

The members of the ruling clan were called Bashitsetse.

Their traditional ruler or king was called the Nabongo. 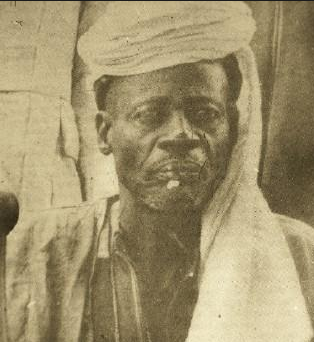 The Abawanga kingdom was founded by a king called Wanga whose headquarter was at the present-day Mumias.

The king was advised by elders from his clan whom he appointed.

The largest important expansion of the Wanga kingdom was during the rule of Nabongo Mumia.

Why Mumia became a successful king

The people in his kingdom traded with the foreigners and became wealthy.

An image of Mumias  and his soldiers. 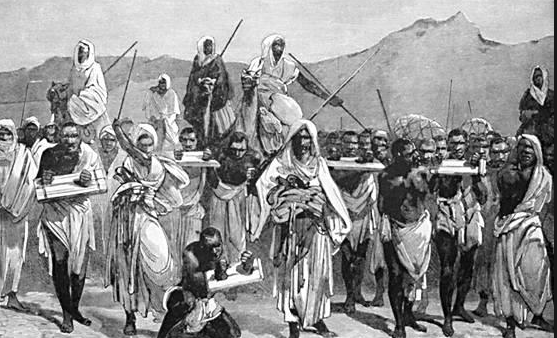 He ensured that his people were united and so they could not be attacked by the neighbouring communities.

With the arms he received, he set up a strong army.

He was wealthy; therefore he could hire people from neighbouring communities to protect his kingdom.

The Ameru people are Bantu speakers who mainly live around Mt. Kenya in Eastern Province.

Before the coming of the Europeans, the community was organised into villages called Mwirega.

Each mwirega was headed by a leader known as Mugambi.

The villages or groups of clans came together to form a larger village.

This larger unit was headed by a Council of Elders.

In this larger unit, different age-sets took different leadership responsibilities. Some age-sets were trained to become warriors who then had the duty of defending the community against attacks by their enemies.

Here is an image of the Ameru dancers. 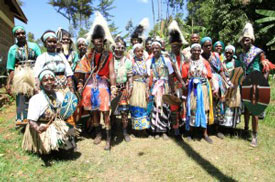 Before the coming of Europeans, Bunyoro-Kitara 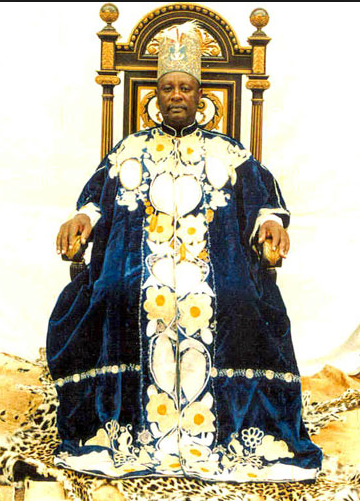 was the most powerful kingdom in the present day Uganda.

It had several states which included the kingdoms of Buganda, Toro, Busoga, Ankole and Karagwe as we know them today.

Soon some states became unhappy with the way in which they were being ruled. They begun to break away to form separate kingdoms. 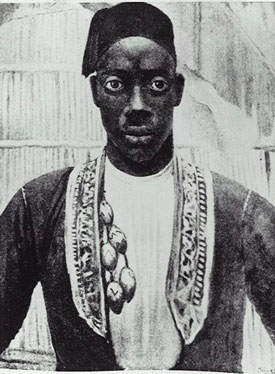 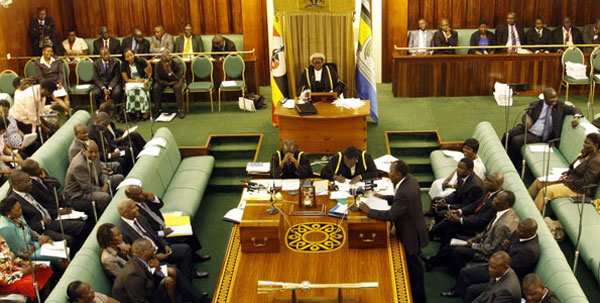 The Lukiiko had the following functions:

They were ruled by the Batongole Chiefs.

Functions of the Kabaka

Here is an image of King Mwanga 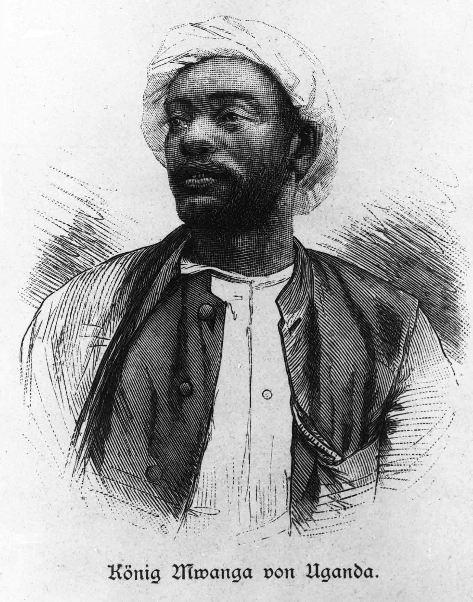 The Nyamwezi are a Bantu speaking community that lives in the Northern part of what is now Tanzania. They began to unite and became a strong in the 19th Century. 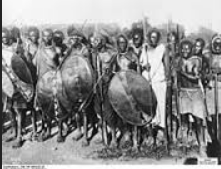 Factors that led to the rise of the Nyamwezi

How the Nyamwezi government was organised

The main functions of the Ntemi 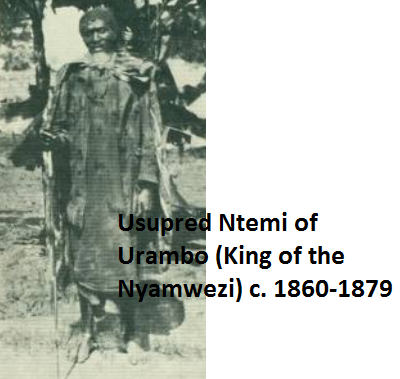 The Nyamwezi and Trade

The Nyamwezi were famous in long distance trade and by the eighteenth century, the trade in the region was already well organised on the basis of clans.

In the nineteenth century, Arabs begun to trade with the Nyamwezi.

At about the same time, they were invaded by the Ngoni from the South.

It then became necessary to reorganise their empire and protect trade routes. The two Nyamwezi leaders who were able to do this were Mirambo and Nyungu ya Mawe.

Mirambo was captured by the Ngoni after they fought with the Nyamwezi.

An image of the Ngoni people 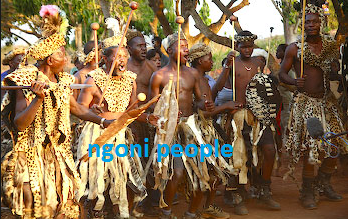 During his life in prison, he was able to learn new fighting skills and techniques from the Ngoni. After his release, he became the Chief of Uyowa Province.

Mirambo was ambitious and wanted to extend his power and influence.

He begun recruiting soldiers and even paying some mercenary soldiers to increase the strength of his own army.

He then established his capital at Urambo which developed into a very important trading centre.

Mirambo’s empire extended across the Arab caravan routes, which he was then able to control. He then imposed a tax on Arab traders to cross his territory.

This tax was a very important source of income for the empire.

When he died, his half-brother, Mpandasholo succeeded him but he was not very strong.

The empire then split again into small units and finally collapsed.

An image showing the Mirambo people 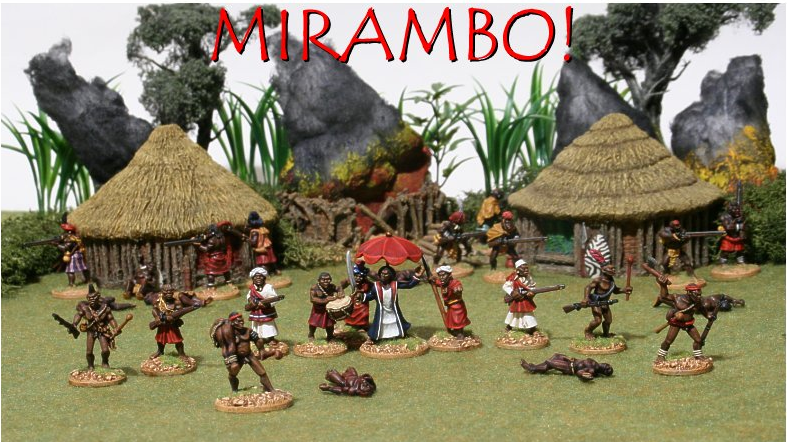 The Nyamwezi were long distant traders 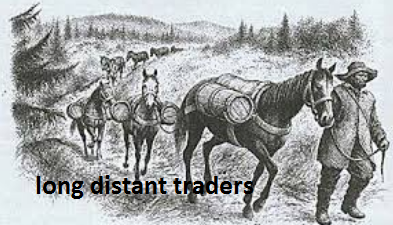 Nyungu ya Mawe was another Nyamwezi leader who tried to unite the empire.

His area of control was located to the South of Mirambo’s empire.

He also had a strong army and hired soldiers to increase the strength of his army.

He established a central system of government in his territory.

Each time he conquered a region, he put one of his men to be in charge.

These rulers were known as Mutwale or Vatwale (plural). He was the central ruler and had control over the whole territory.

Since the government of the empire was centralised, the Kingdom was able to survive even after the death of Nyungu ya Mawe.

The decline of the Nyamwezi Empire

Different chiefdoms within the empire often fought amongst themselves.

This weakened the empire.

There was no clear succession plan within the empire and both the maternal and paternal relatives claimed leadership to the throne.

The Ntemis were usually succeeded by the appointed officers although in some cases the throne was inherited.

Continual disputes between various leaders weakened the empire and its power declined.

The kingdom, however only came to an end when it was absorbed into the German East African Colony.

An image of Nyamwezi village: 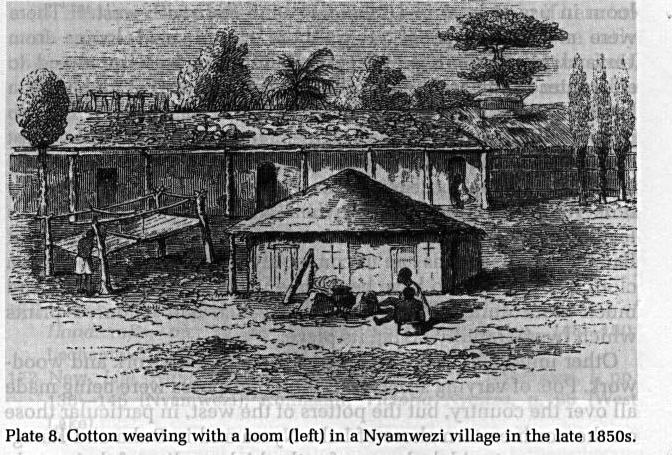