Main verbs in the present tense

1. The younger farmer (keep) waiting for the rain in vain.

2. The thieves (plan) to rob the highway supermarket.

3. The bishop (call) on the worshipers to remain (calm) while the service continued.

4. All the members of our club (decided) to pay the registrations fee.

Construct 20 correct and sensible sentenses from the table below

Complete the following sentences using your own words

Complete the following sentenses using your own words

2. Teacher ______ knowledge to their pupils in order to make the become responsible citizens.

4. Babies usually _____ when they feel unconfortable.

Use the present simple tense to describe general truth. Choose your answer from the choices given in the blackets.

The infinitive with/without to

Rewrite the following sentenses omitting to

1. Nyakio loves to go on picnic on the hills neighbouring our school.

2. People must be trained to solved petty matters on their own.

3. What are you trying to tell the impatient crowd?

4. pupils prefer to write their composition in pen instead of pencil.

Write the following into past continuous tense

1. What were you doing at five o'clock in the morning?

3. Where were you going when the accident happened?

4. What were the children doing outside when the lightning suddenly struck the school.

Fill the blank spaces using any correct verb. use every verb only once.

3. She prefers _____ magazines and newspapers to watching television.

Complete the following using the prefect present continous form of the verb in the brackets.

1. Alongside Brazil, Kenya has been ______ (export) coffee to the international market.

4. The family ______ (enjoy) visiting places of interest during the christmas season.

Complete the following table using regular and irregular verbs in the past tense and past participle. 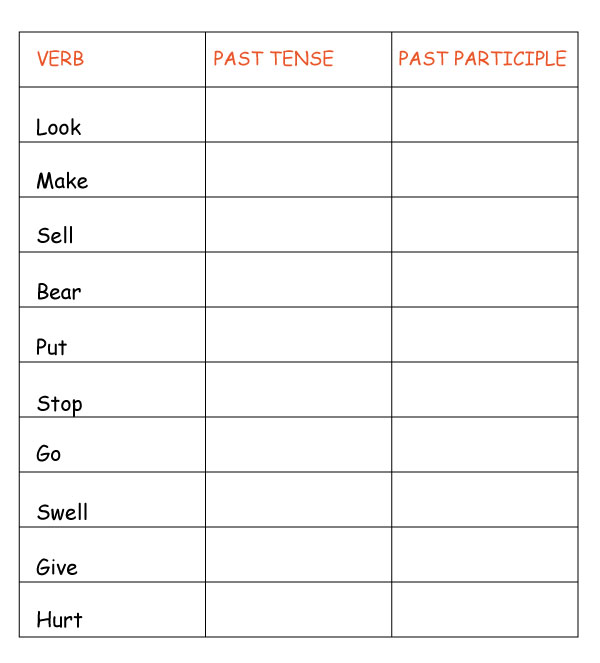 Change the following sentences into the past prefect continous tense

1. The family bought provision from the local supermarket.

2. My mother took me to different supermarkets in order to find out which one sells items at a fair prices.

4. If you did not make any profit, you would have closed your business by now.

Phrasal verb with the verb 'put'

Match each phrasal verb in column A with ita correct meaning column B. 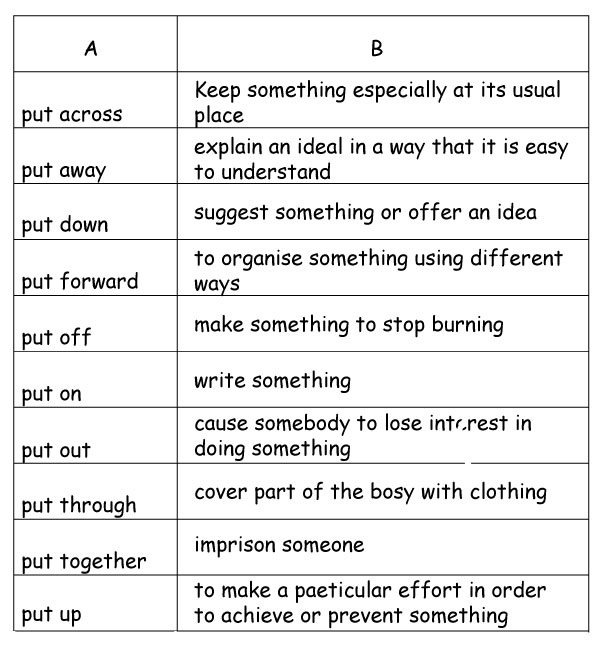 Use of the past simple tense

Change the following sentenses into the past simple tense

1. George rings the bell after every thrity five minutes.

2. He put his money in his pockets and leaves for the market.

3. He loses all his documents when he travells abroad.

4. She feels worried that the doctor will diclose his HIV status.

5. He says that he learned a lot after joining college.

Change the following sentenses to the past persent continuous tense

1. All along, the candidate has been expecting to perform well in the examination.

2. We have been arriving in the school compound before sunshine.

3. Thousands of birds have been migrating to Africa for far distances because their natural habitats have been destroyed by human activities.

4. The kidnappers have been avoiding the police dragnet but this time round they are not lucky.

5. The new factory has been emitting dangerous fumes of smoke into the atmosphere and it has been closed down.

Replace the underline words with the correct phrasal verbs

1. He rejected the offer for his own reasons.

2. Sarah is found of putting on airs whenever she is presenting a show.

1. My  friend turned down the offer of the job she was given.

2. Not only was his attack good but also his defence.

A. The defence as well as the attack was good

B. The attack was better than the defence

C. Only the attack was good but not the defence

D. The defence was not better than the defence

A. put up with

C. made away with

D. set away with

2. Some people start _____ soon after they test positive for HIV.

3. The pupils will recover time lost.

B. make up for

4. The authorities intend to demolish the old building.