- The name Baringo is derived from the word mparingo which means 'lake' in the language of Njemps who live in the areas' south and south-east of the lake.

- It is located in the former Rift Valley Province of Kenya, and it is about 270km north-west of Nairobi.

- It borders eight counties; Samburu and Laikipia to the east, Turkana to the north and north east, Nakuru to the south, Elgeyo Marakwet to the west, West Pokot to the north west and Kericho and Uasin Gishu to the south west. 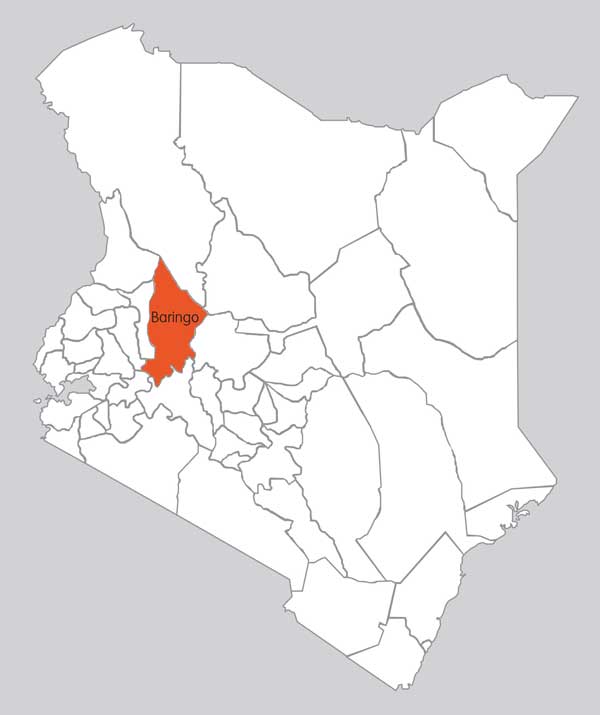 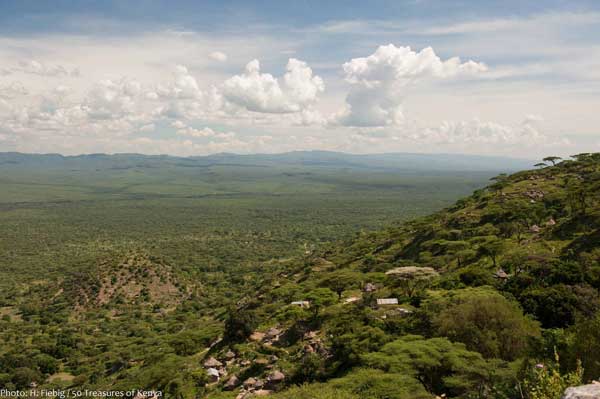 What is the importance of these physical features? 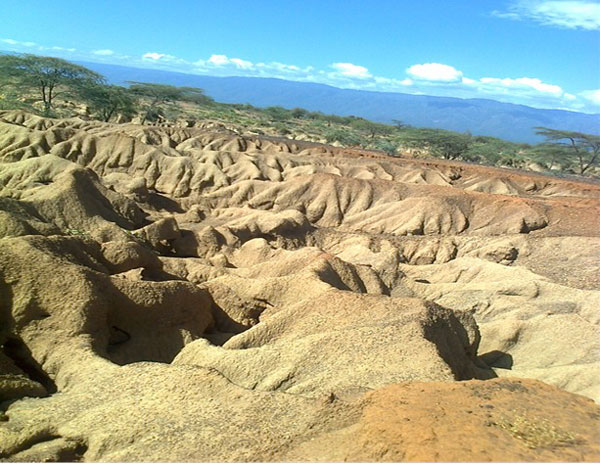 Map the distribution of physical features 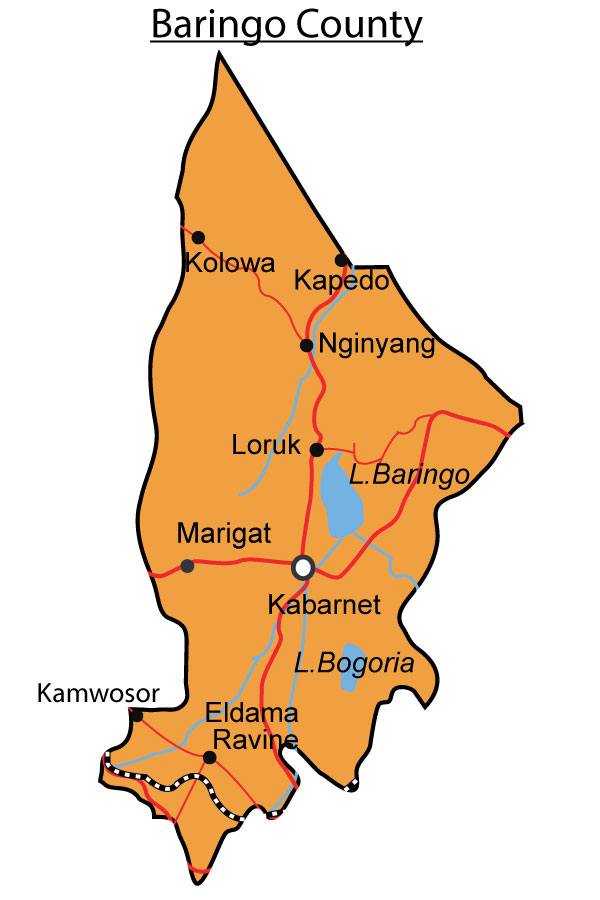 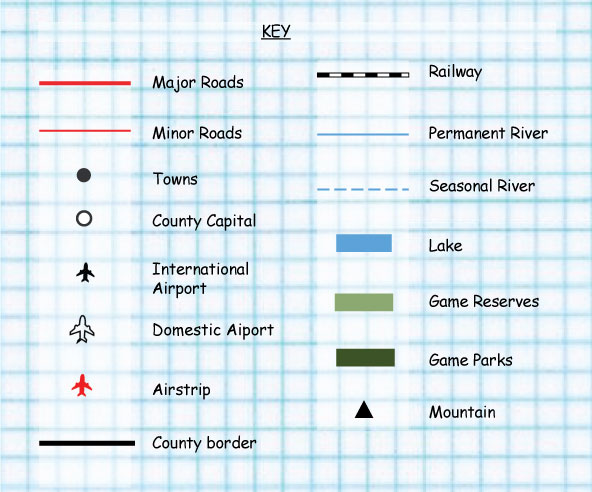 The dominant ethnic groups are the Pokots, Tugens, Endorois and Ilchamus. Pokots and Tugens are linguistically related groups of the larger Kalenjin tribe. These communities mainly keep livestock, although the people living in the highlands usually practice farming.

Other communities living in Baringo County include Turkana, Kikuyu, Meru, Luhya, Kamba and Luo. Most of these people live in Baringo’s urban centers and do business or are in formal and informal employment.

Areas with low population in the county are:

The economy of the County is agro-based. The main food crops grown are maize, pigeon peas, Irish potatoes, beans, sorghum, sweet potatoes, cassava and finger millet while the cash crops are coffee, cotton, macadamia and pyrethrum. Livestock products include honey, mutton, beef, as well as hides and skins.

Clothing was made of the skins from domesticated or wild animals. The people, both male and female, wore earrings made of brass coils that stretched the earlobe down to shoulder level.

Participating groups came from different communities like the Sakasak, Sironoi, Kumbopsoo, Salawa, Lelmen, Kapyemit, Kiboino Eron and others. They were involved in traditional songs and dances with the purpose of bringing together local leaders, professionals, cultural ambassadors and the community, to promote culture and ecotourism in the region.

In the highlands, Coffee and Cotton are the main economic  cash crop grown

The major forests in Baringo County are the Tugen hills Forests in the Tugen Hills.

Also, there is Maji Mazuri's Koibatek forest which marks the most outward border of the County; Kericho and Nakuru County border points.

Lake Bogoria National Reserve is home to a huge population of wildlife including leopards, cheetahs, zebra, monkeys and the scarce kudu antelopes. The reserve has more than 350 bird species, including over 2 million lesser flamingos. Hot springs situated along the banks of Lake Bogoria are a major tourist attraction in the county.

The 144sq km Lake Baringo offers beautiful scenery. It has nine islands, the largest of which is called Olkokwe - covering about 1,200 hectares. The island is home to the Ilchamus community.

It is a major attraction to visitors interested in learning about the Baringo history and culture.

Agriculture is the backbone of the Baringo County economy. In the highlands, cash crop farming of coffee and cotton are the main economic activities, although food crops such as maize and beans are also grown in the area. In the lowlands, livestock keeping is carried out to supplement crops farming.