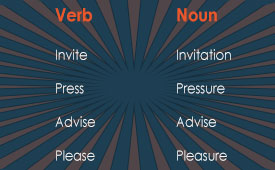 Examples of  forming nouns from the verbs in the brackets 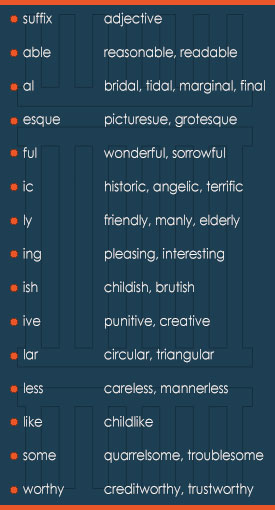 Adjectives are sometimes formed from nouns and verbs by the addition of suffixes, as in these e x a m p l e s .