There are three articles: a, an and the. 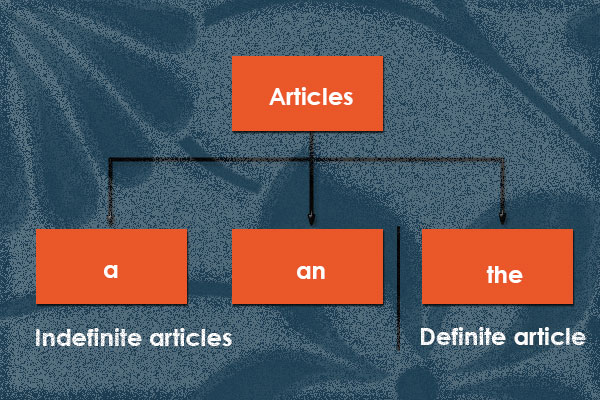 (i) ‘a’ and ‘an’ are referred to as indefinite articles. This article is used before: 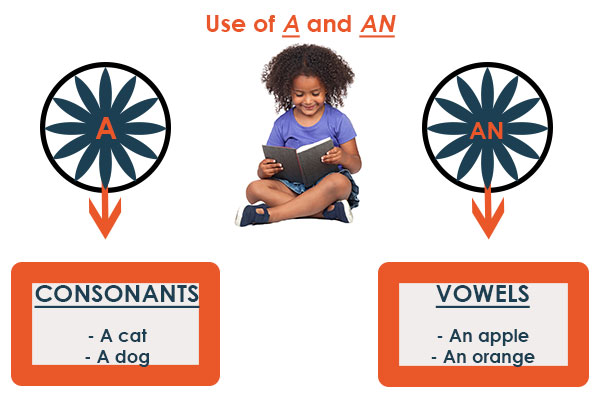 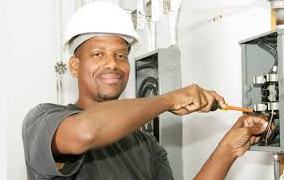 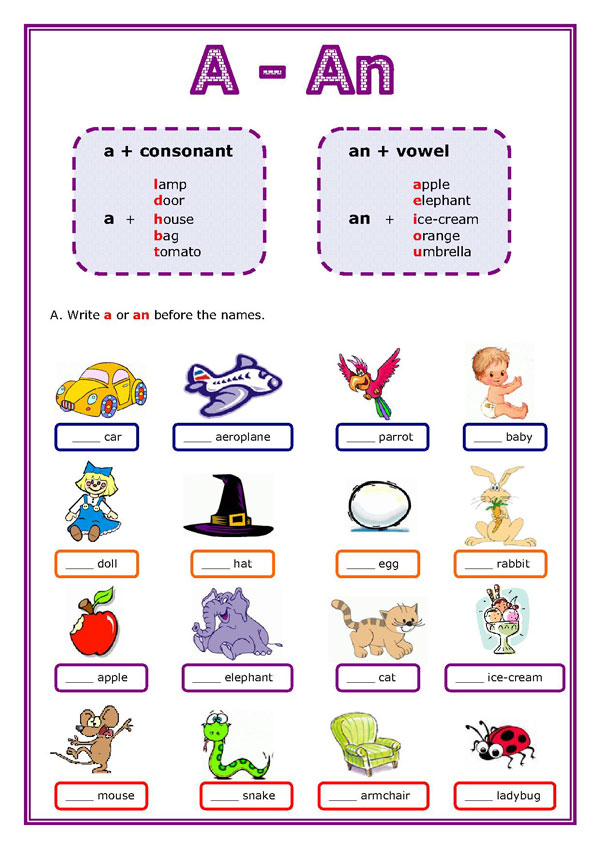 (ii) ‘The’ is referred to as the definite article. It is used before: 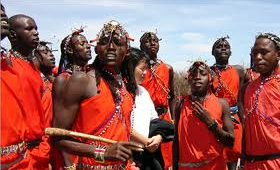 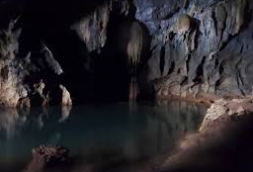 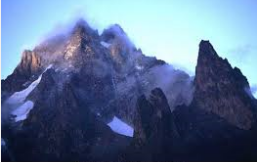 1. to refer to something which has already been mentioned. 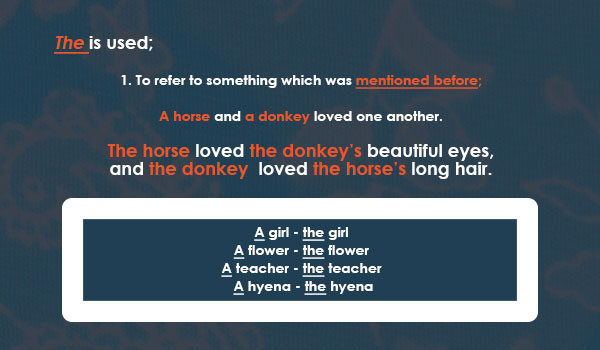 2. when both the speaker and listener know what is being talked about, even if it has not been mentioned before. 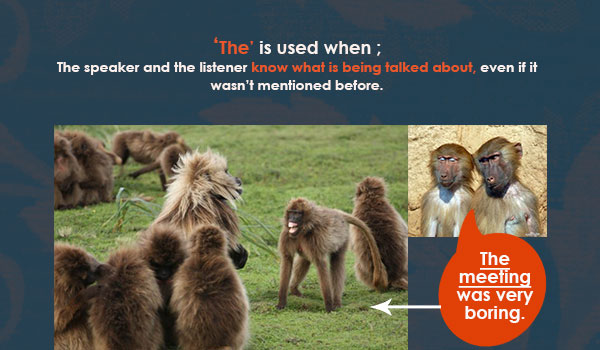 3. in sentences or clauses where we define or identify a particular person or object: 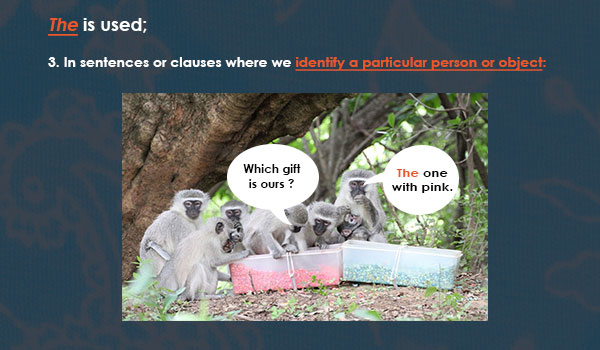 4. to refer to objects we regard as unique: 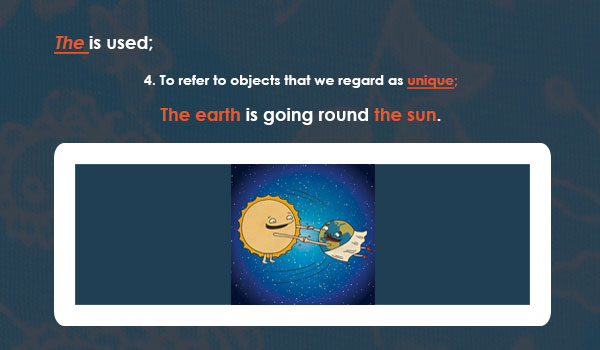 5. before superlatives and ordinal numbers: 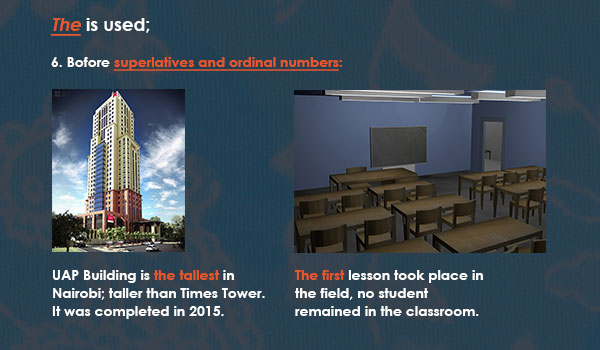 6. with adjectives, to refer to a whole group of people: the Japanese , the old.

7. with names of geographical areas and oceans: the Caribbean, the Sahara, the Atlantic.

8. with decades, or groups of years: she grew up in the seventies.

Here is a video on the articles A, An and The

iii) No article is needed when: 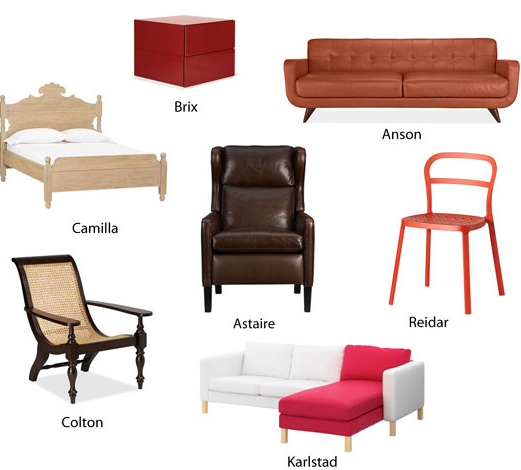 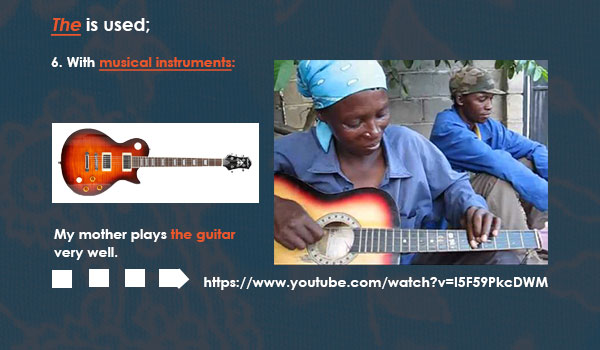