- A ratio says how much of one thing there is compared to another thing.

- In the above image, there are 3 blue squares to 1 yellow square

Ratios can be expressed using:

- Ratio can be scaled up or increased

How many squares are blue and how many are yellow in the below image? 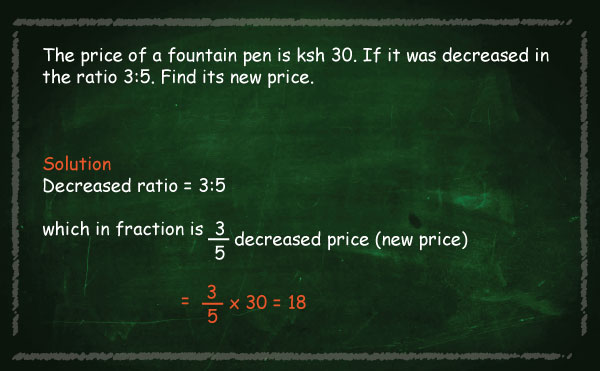 The ratio here is also 3 blue squares to 1 yellow square even though there are more squares.

When scaling ratios up or down the trick is always to multiply or divide the number by the same value.

Ratios are used in recipes

For example to make pancakes you can use 3 cups of flour and 2 cups of milk. 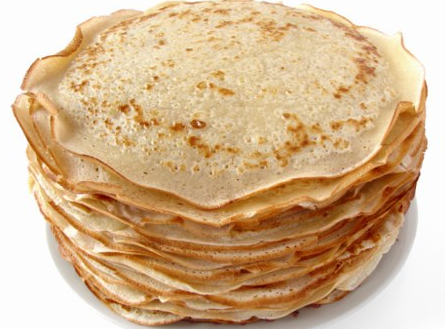 If you need pancakes for more people you will need 4 times the quantity so you multiply the number by 4.

This ratio is still the same!

Part to Part and Part to Whole Ratios

The examples given in the previous pages have been part to part i.e comparing one part to another part.

For Example: There are 5 students, 2 are boys and 3 are girls. 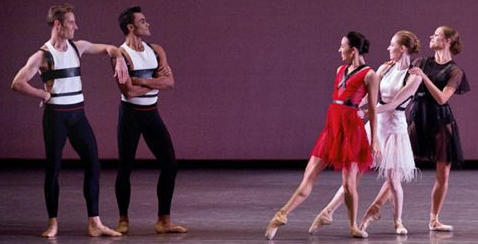 What is the ratio of:

Ratio as a percentage

A percent is a ratio whose second term is 100.

The word comes from the Latin phrase per centum, which means per hundred.

In maths the symbol % is used for percent.

Look at the table below: 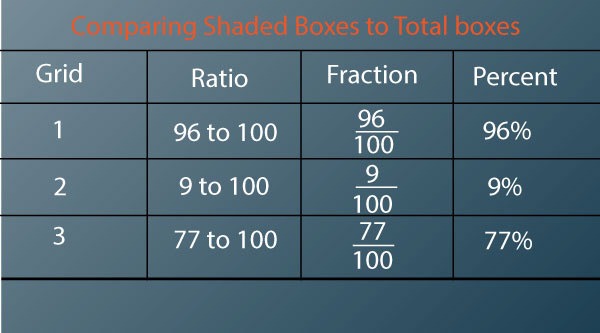 Ratio as a decimal

Write the ratio as a fraction.

As stated earlier, ratios are typically written with a colon.

In our example, the ratio of boys to girls is 2:3.

Divide the numerator (top number) by the denominator (bottom number) in your fraction.

If necessary, round the decimal.

If your decimal goes on for several places, as our example does, you will need to round it.

Sometimes, you may be asked to round to a certain number of places.

If not, round to two decimal places. So, we would round our number to 0.67

Express your answer as a ratio. 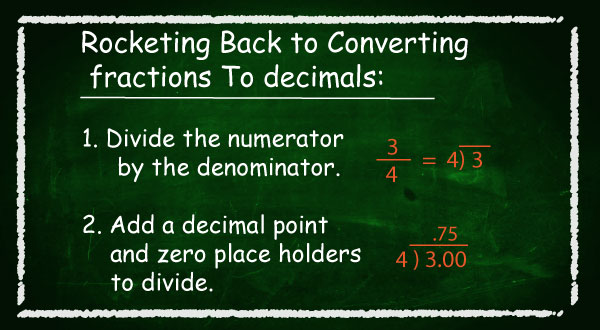 1. To plaster a house, sand and cement were mixed in the ratio 5:1. If 24 bags of cement each weighing 50 kg were used, how much was the amount of sand used in tonnes?

3. A blanket is made by joining 80 squares of 3 different colours; blue, green and yellow, in the ratio 2:3:5 respectively. One ball of wool is used to make four such squares. How many balls of green wool are used for one blanket?

4. A painter mixed blue and yellow powder so that their weights were in the ratio 3:2. The total weight of the mixture was 30 kg. What was the weight, in kilograms, of the yellow powder used?

7. The ratio of boys to girls in a school is 7:8. If there are 168 boys, how many pupils are there in the school altogether?

9. A sum of money was shared between M’mukindia and Ntonyiri in the ratio 3:7. If Ntonyiri got sh 12 more than M’mukindia, how much did M’mukindia get?

10. In a school, the ratio of boys to girls is 3:2. There are 400 pupils in the school. during an athletics competition,  of the girls took part. How many girls did not take part?

12. Achieng and Cherono shared some money in the ratio 4:5 respectively. Cherono got sh 6 more than Achieng. How much money did Achieng get?