Kenyan currency is measured in shillings (Sh) and cents (ct)

The currency is in the form of coins and notes.

See the image below.

To work out conversions and operations on money we should note that, 100 cents is equal to 1 shilling.

It is also important to know the difference between balance and change. 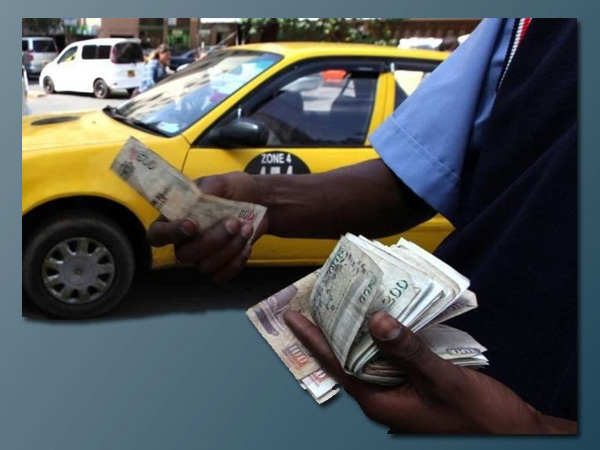 The rest of the change was in 20-shilling coins.

How many coins did he get?

Change given in notes

Change given in coins 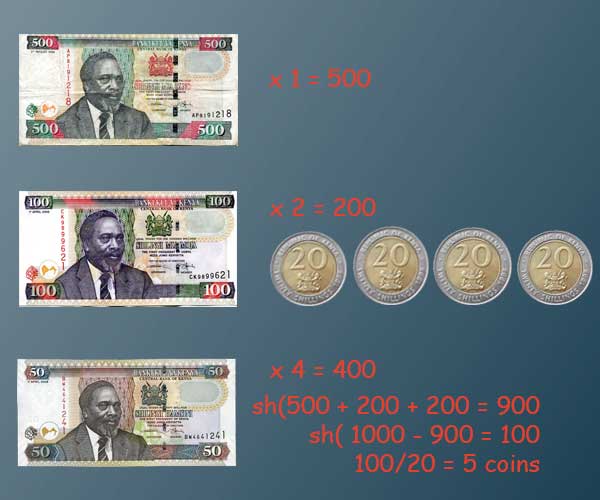