Physical features are natural landforms found on the surface of the earth.

Physical features can be divided into two major groups namely:

These include mountains, hills, highlands, basins, valleys and plains. 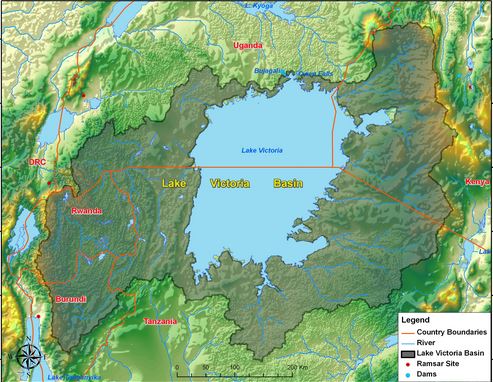 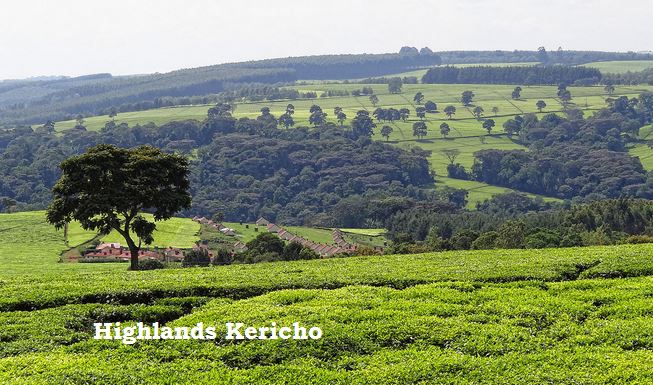 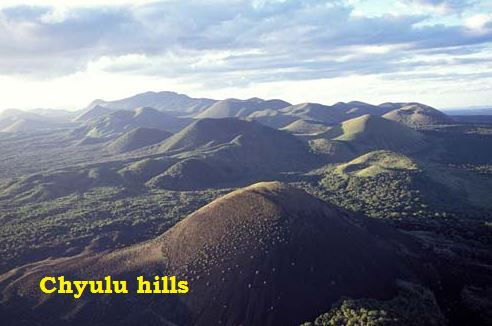 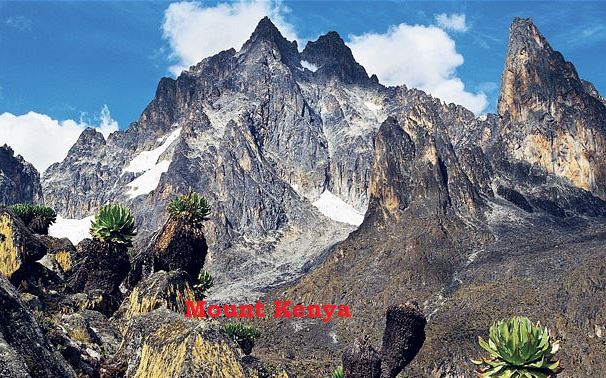 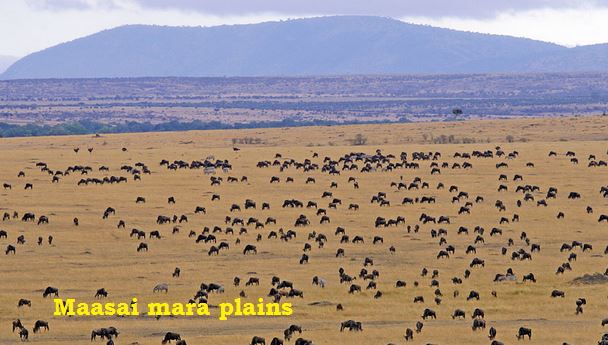 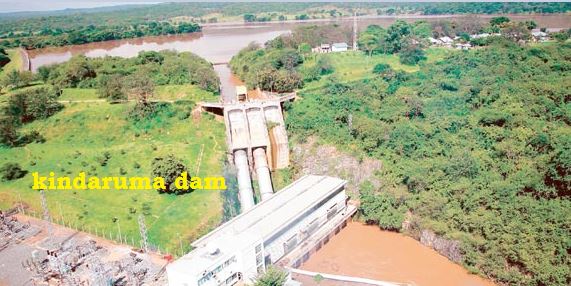 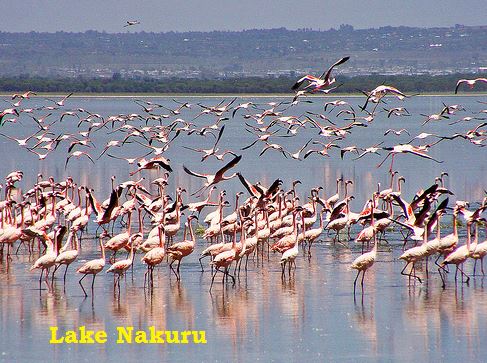 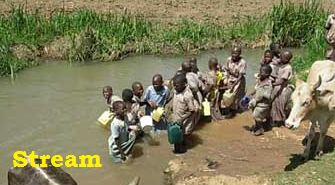 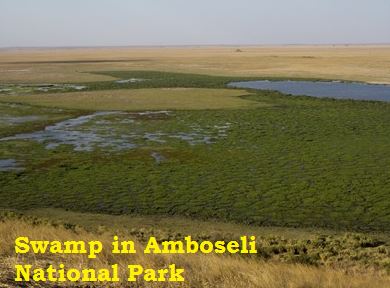 The map below shows the relief features of Kenya. 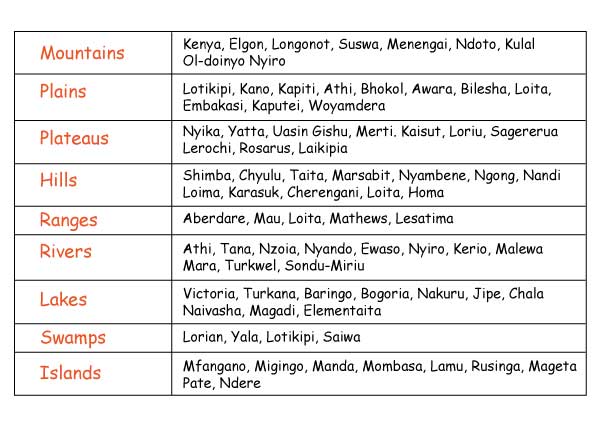 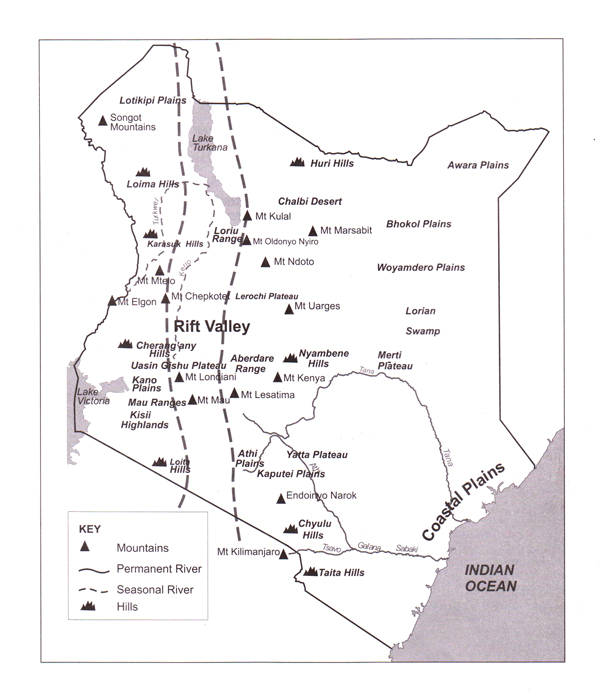 The map below shows the physical features of Africa 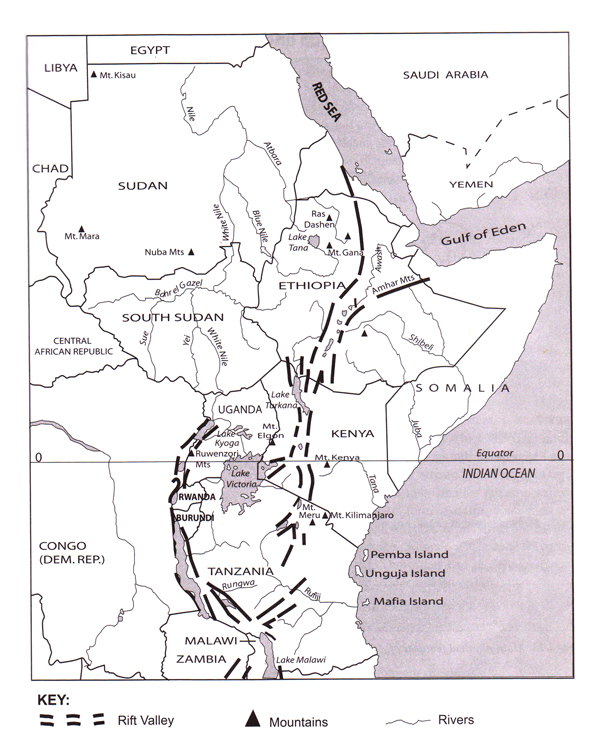 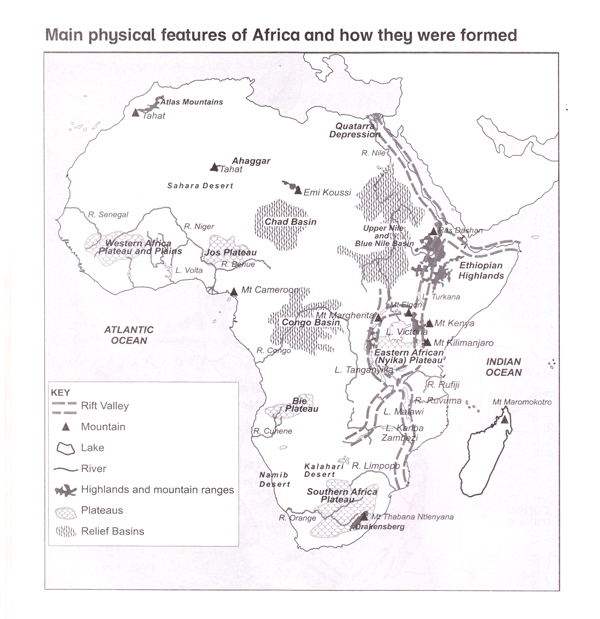 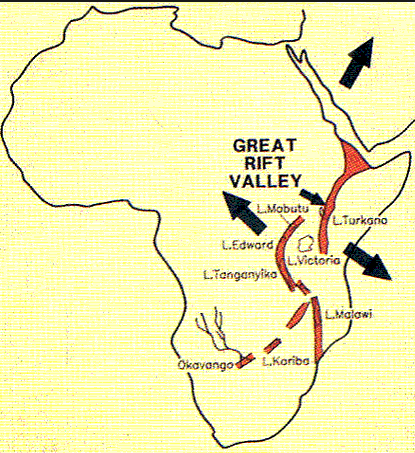 In Africa, it stretches from the Red sea, South West across Ethiopia and South into Kenya, Tanzania and Malawi to Beira in Mozambique.

The Great Rift Valley ranges in elevation from 400m below sea level to 1900m above sea level in Southern Kenya.

Watch the Rift Valley video below

Mountains in Africa are classified according to how they were formed. Mountains are grouped into four main types namely:

Mount Kilimanjaro is the highest mountain in Africa. 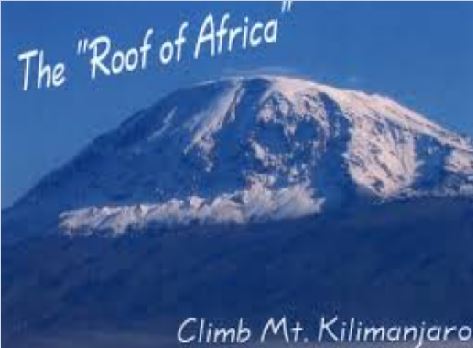 Mountains found in Africa and where they are located 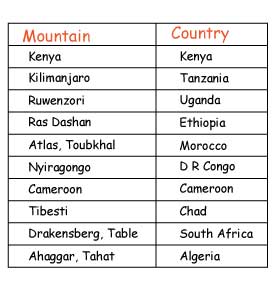 This is a high area that has an almost flat or level surface with steep slopes. It is sometimes called a tableland. 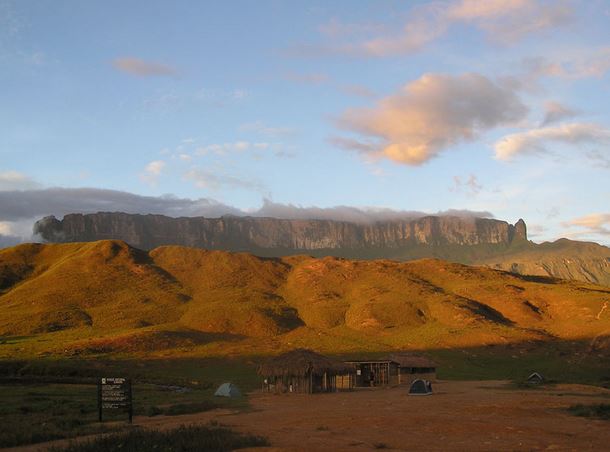 Plateaus found in Africa and their location 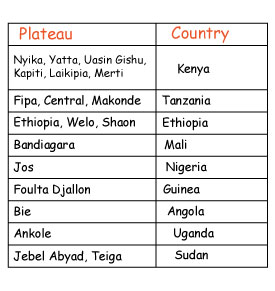 These are flat, low-lying and gentle sloping regions. 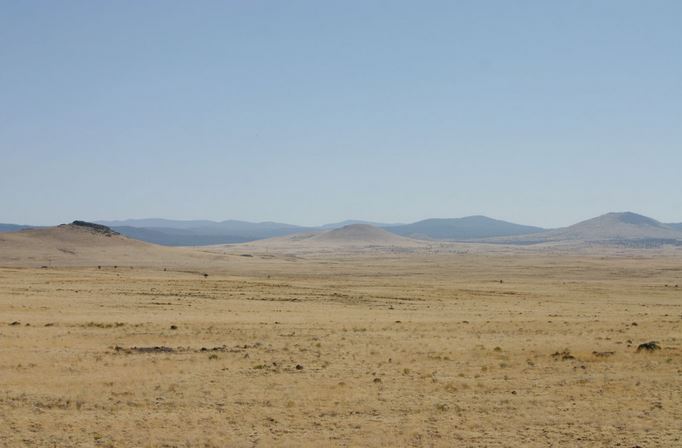 Plains found in Africa and where they are found 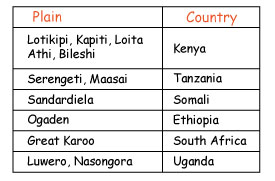 These are lowland areas separated by plateaus and mountains. Some have lakes in the lowest parts.

A river is a stream of moving water flowing in a channel.

A point where a river begins is its source. This may be a lake, spring, melt water from ice or a highland region receiving high rainfall.

Smaller streams joining the main river are called tributaries. A point where two tributaries come together is called a confluence.

A river, together with its tributaries, form a river system. Each river system drains through a drainage basin. A highland area that divides two or more river systems is known as a watershed.

A point at which the river ends is its mouth. A river mouth may be in form of a single narrow stream called an estuary, or it may split into smaller streams called distributaries to form a delta.

Examples of rivers that end in estuaries in Africa are Rivers;

Those that end in deltas include Rivers;

Rivers in Africa drain into the following; 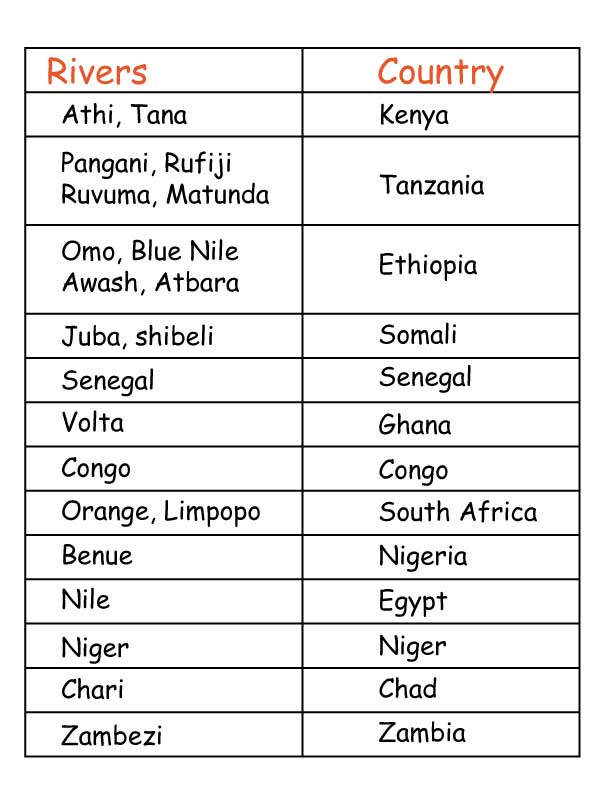 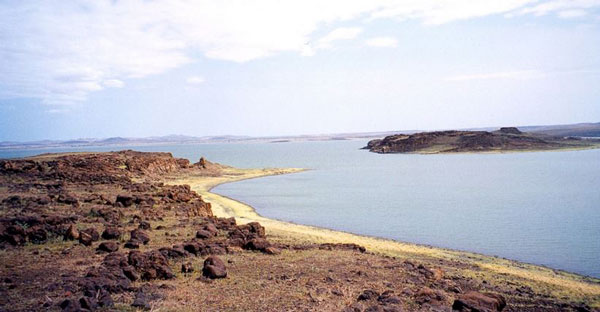 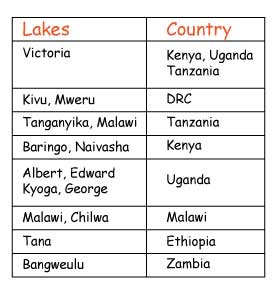 Fresh water lakes usually have inlets as well as outlets.

As a result, the amount of salt in the water is reduced. 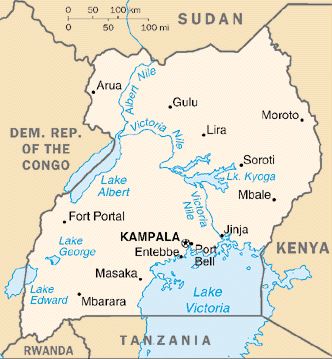 Salty-water lakes do not have outlets. Water comes into the lake but very little goes out.

Instead, water is mainly lost through evaporation. This leaves behind a lot of salt in the water.

Salty-water lakes are important sources of salt and soda ash.

Lakes and the Rift Valley

Lakes which are found outside the Rift Valley are lakes;

Lakes and the Rift Valley

Lakes found within the Rift Valley include:

a) Swamps are found in areas that are generally fl at, making it easy for water to flow into them.

b) It is diffi cult for water to drain away. Such areas have clay soils, which do not allow water to seep through them easily.

c) Swampy areas are usually found along the coast or around lakes.

d) They are covered with swamp vegetation like reeds and papyrus if the water is not salty.

e) Mangrove swamps are found along the coast where the water is salty.