- Money is anything that is commonly accepted by a group of people for the exchange of goods, services, or resources and for the repayment of debt in a country.

- Every country has its own system of coins and paper money known as currency.

- For example the currency in Kenya is the Kenyan Shilling (Kshs). 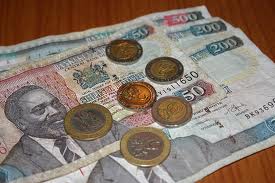 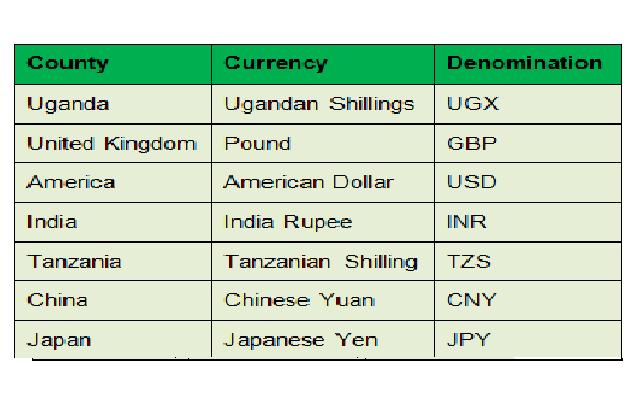 Can you name other currencies?

a) Medium of Exchange:

- The primary function of money is to act as a medium of exchange.

- People use money to buy and sell goods.

- Buyers give up money and receive goods.

- Sellers give up goods and receive money.

- Money makes transactions easier because everyone is willing to trade money for goods and goods for money.

- Without money, we would have to barter, which involves direct exchange of one good or service for another.

b) Store of Value:

- In order for money to remain a medium of exchange, money must hold its value over time, it must be a store of value.

- Money is a common denominator in which the relative value of goods and services can be expressed. 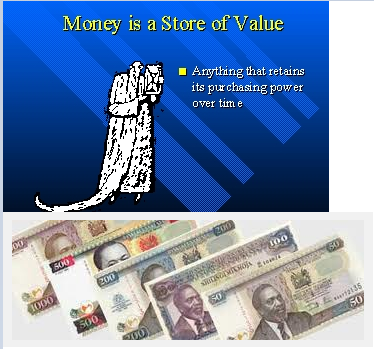 - Money also functions as a unit of account, providing a common measure of the value of goods and services being exchanged.

- This fourth function of money is used as a standard benchmark for specifying future payments for current purchases that is, buying now and paying later.

- A common example of deferred payments is a car loan.

- Njoroge got a loan to buy a car today, then pay off the loan with payments deferred into the future.

- The amount of those future payments are stated in terms of money.

- In the image below to posses the car the buyer need to make an initial deposit of 200,000 Kshs. 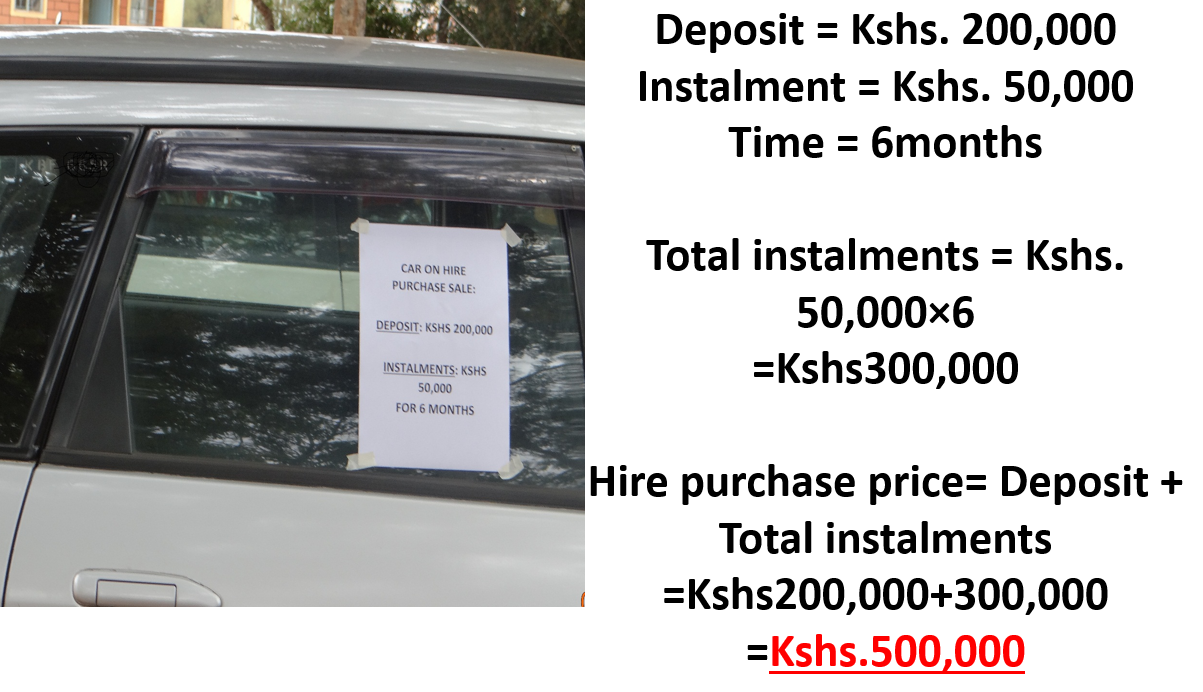 - Money, as we know it today, is the result of a long process.

- Barter In the beginning of humankind, there was no money.

- Before there was money: Money was what you grew or hunted.

- Everything was traded from grains to animals. 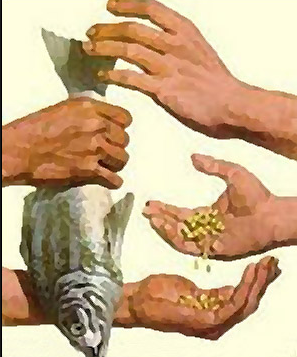 - However giving change was difficult.

- To get goods, people traded items which had a practical value.

- This early form of barter, however, does not provide the transferability and divisibility that makes trading efficient.

- For instance, if you have cows but need bananas, you must find someone who not only has bananas but also the desire for meat.

- What if you find someone who has the need for meat but no bananas and can only offer you rabbits?

- To get your meat, he or she must find someone who has bananas and wants rabbits.

- The lack of transferability of bartering for goods, as you can see, is tiring, confusing and inefficient.

- But that is not where the problems ends: even if you find someone with whom to trade meat for bananas, you may not think a bunch of them is worth a whole cow.

- You would then have to devise a way to divide your cow (a messy business) and determine how many bananas you are willing to take for certain parts of your cow.

- Cattle as a form of money.

- This included cows, camels, goats and other animals.

- The biggest advantage of cattle is that it allowed the seller to set a price. It even brought upon the concept of standard pricing.

- For example, two goats were traded for one cow as cows were deemed to be more valuable than goats. 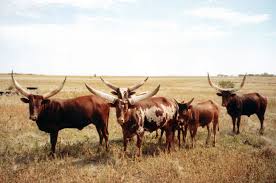 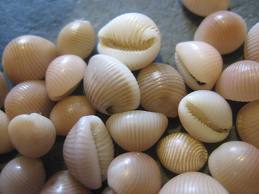 - First Metal Money and Coins Due to the inspiration from cowrie shells, China began to manufacture bronze and copper cowrie shells imitations in 1,000 BC.

- This was considered as the earliest forms of metal coins.

- Knife, spade monies and other metal tool money was also first used in China. The coins later developed into round coins made of base metals.

- It contained holes so that it could be put together just like a chain. 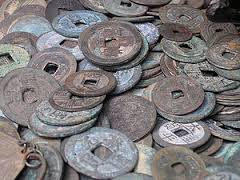 - Silver Coins Pieces of silver were the earliest coins.

- Eventually in time they took the appearance of today and were imprinted with numerous gods and emperors to mark their value. 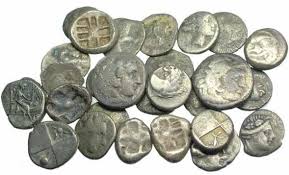 - The first notes and coins that weuse today were printed In England in 1661. Since then these notes and coins have evolved in different material, shapes, sizes and values.

- And money notes are made out of special paper that withstands heavy use, wear and tear. 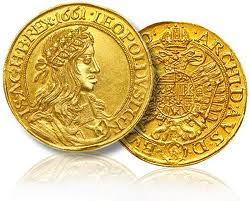 - Cheques and Bankers Drafts were introduced.

- Cheques made money move easily without having to carry cash, to make exact payments.

- Which made purchasing even more easier as banks began communication transactions through computers. 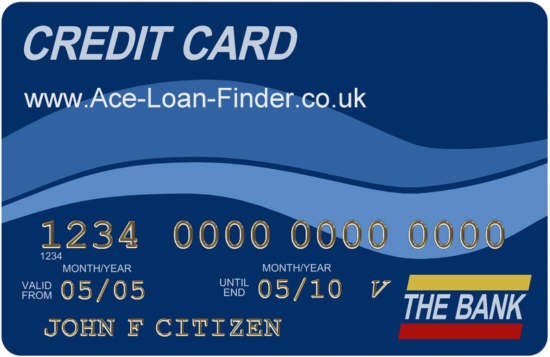 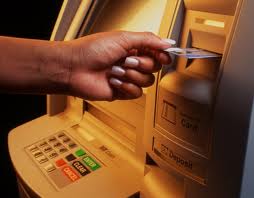 - Debit cards were introduced to increase the functions of a bank deposit account.

- Making it convenient for consumers to make purchased. 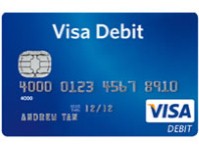 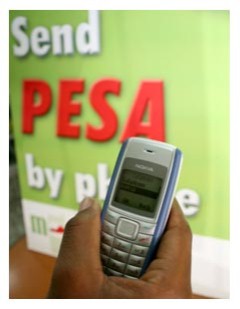