THE INDEPENDENT ELECTORAL AND BOUNDARIES COMMISSION 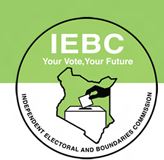 - The commission comprises of the following members:

iii) A minimum of one and a maximum of seven commissoners.

Functions of the IEBC

- Here we see a woman putting her vote into a sealed box.

- Her vote will be counted later and will help to decide who will become the members of parliament. 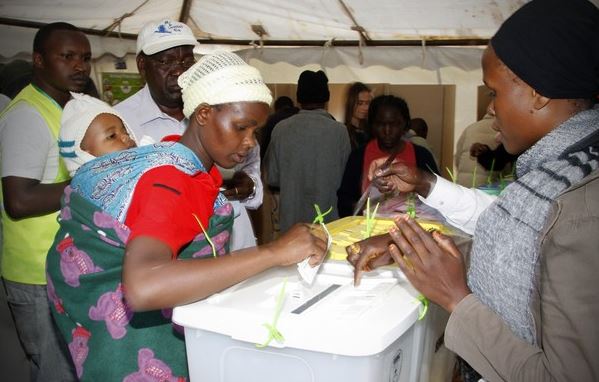 Requirements for a parliamentary candidate 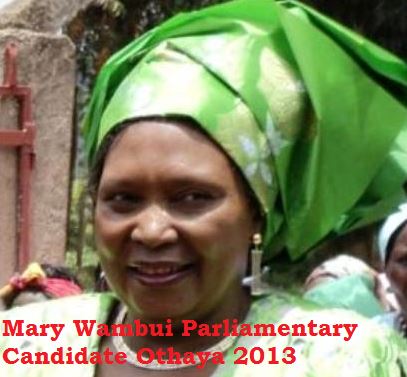 In the constitution, a person qualifies to become a member of parliament if he or she:

How one may lose a parliamentary seat

Members of Parliament work here, in the National Assembly. 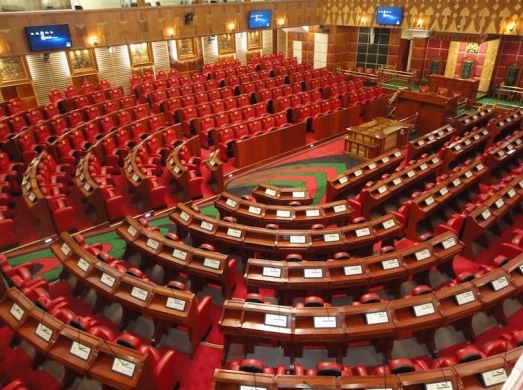 Requirements for a civic candidate

In order to qualify to contest a seat, a person must satisfy the following requirements of the law:

How one may lose a civic seat

1. A general election for the members of parliament shall be held after every five years.

2. Voters are registered in all the polling centres.

3. The speaker of National Assembly dissolves the parliament and declares all seats vacant.

4. IEBC appoints representatives who will conduct the polling process

5. The body in charge of elections then gives dates for political parties to nominate their canditates.

6. Candidates are given time to campaign.

7. Elections are  then held on the date set in the constitution.

8. The voting process, the ballot boxes are opened and the votes counted.

9. After the voting process, the ballot boxes are opened and the votes counted.

10. The body in charge of elections announces the election results.

Role of citizens in the electoral process

1. Electing leaders of their choice through democratic process

2. Vying for elective positions or volunteering to oversee the electoral process.

3. Ensuring that the elections are free and fair by reporting any irregularities.

4.Paying taxes  and other levies. This provides funds for the electoral process.

5. Keeping the elected government in check.

8. Act as a witness in court in case of an election petition.

Importance of participating in elections