Grammar and language use; Fun with words

Find ONE letter which ends the firstword in each pair and starts the second word. In each question the SAME letter must be used for both pairs of words. In each of the following pairs, the same letter ends the first word and begins the second. Write the words.. 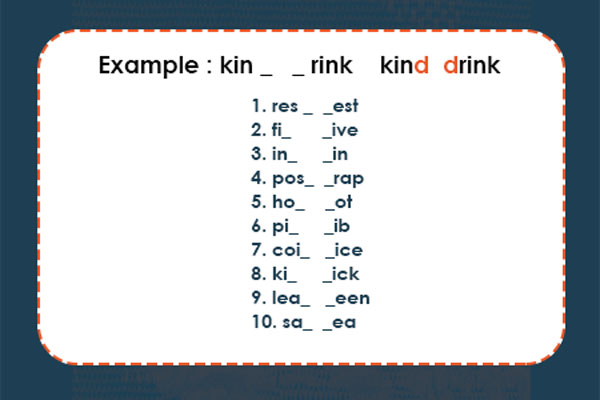 If you cannot easily think of the right letter, work quickly through the alphabet until you find the correct letter.e.g. STAM(P)ART

A palindrome is a word or sentence that reads the same forward as it does backward. For instance, the word racecar and the name Hannah are palindromes

Spaces and punctuation are not taken into consideration when constructing sentences that are palindromes.

One of the most famous palindromes is "A man, a plan, a canal, Panama" --

A palingram is a sentence in which the letters, syllables, or words read the same backward as they do forward

The sentence, "He was, was he?" is a word palingram, because the words can be placed in reverse order and still read the same.

The sentence, "I did, did I?" is not only a word palingram but a letter palingram (or palindrome) as well.

Below are some examples of palindromes. Can you make up one of your own? 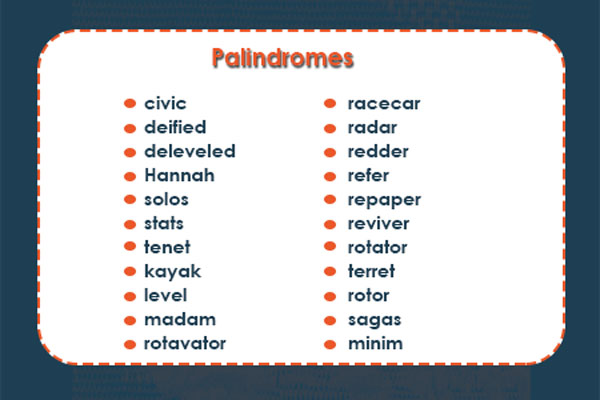 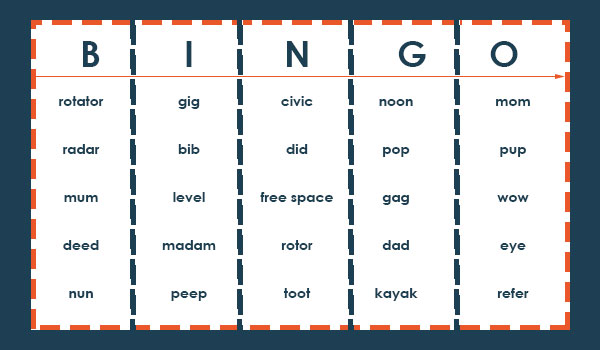 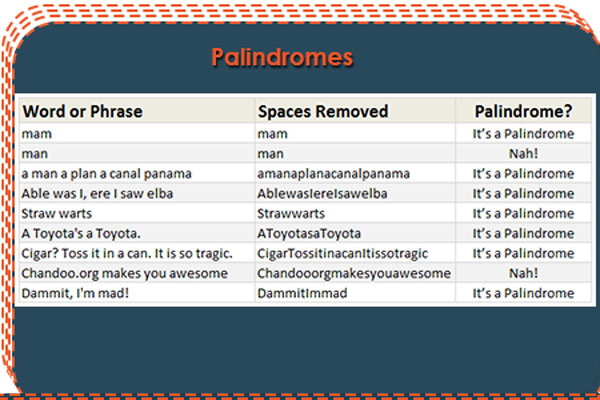 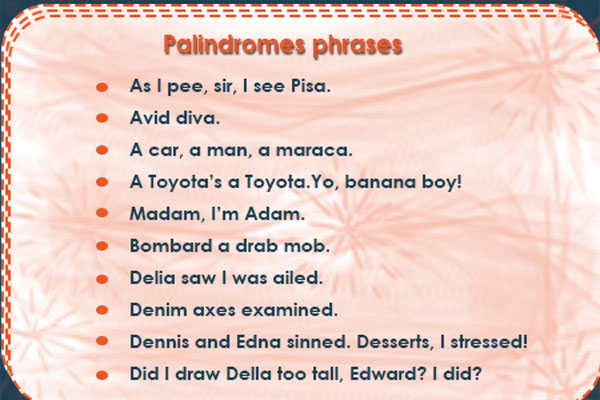 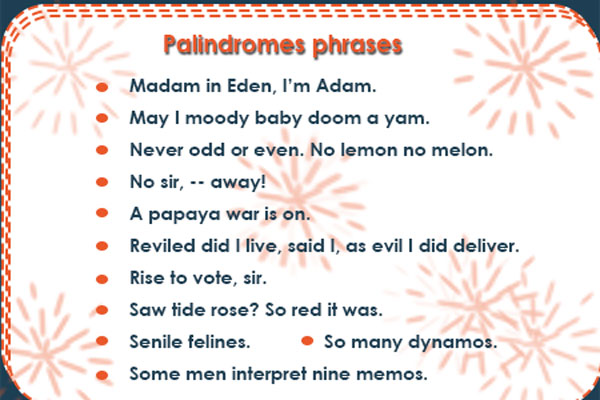 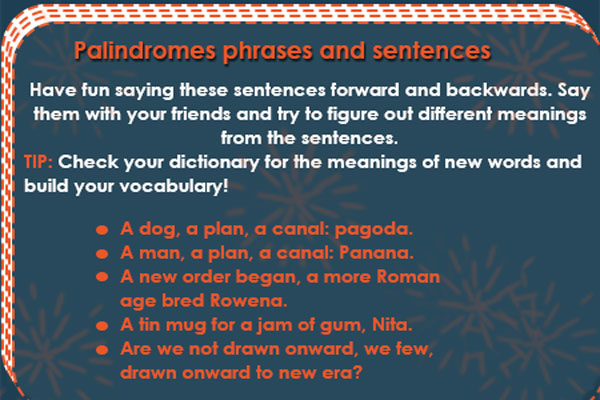 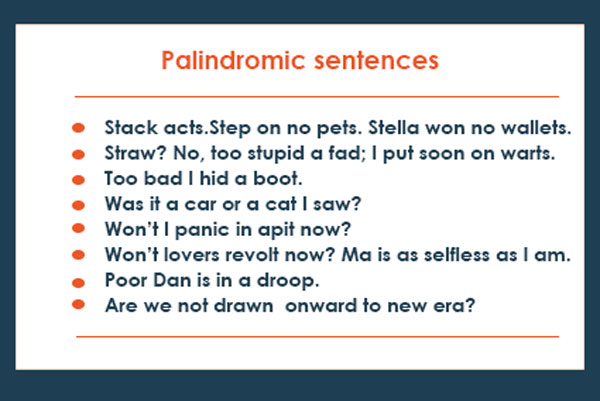 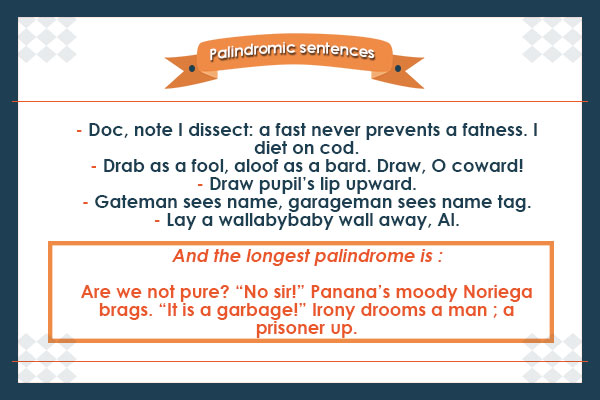 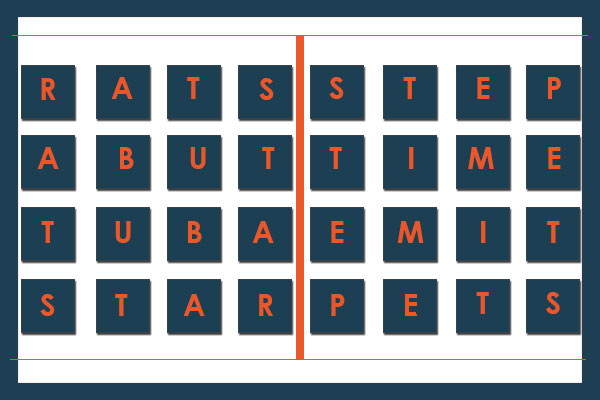 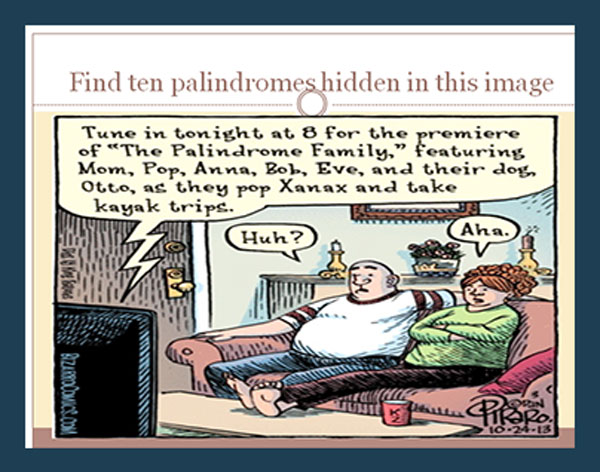