Pre- means before. Preposition there means position before, or place before.

A preposition is therefore a word placed before a noun or a pronoun.

Remember a pronoun is a word that stands in place of a noun.

Prepositions are the words that indicate location.

Usually, prepositions show this location in the physical world. Check out the three examples below:

On, in, and beside are all prepositions. They are showing where the puppy is.

Read the next three examples:

In the spring, I always vow to plant tomatoes but end up buying them at the supermarket.

During the marathon, Iggy's legs complained with sharp pains shooting up his thighs.

At midnight, in the spring, and during the marathon all show location in time. 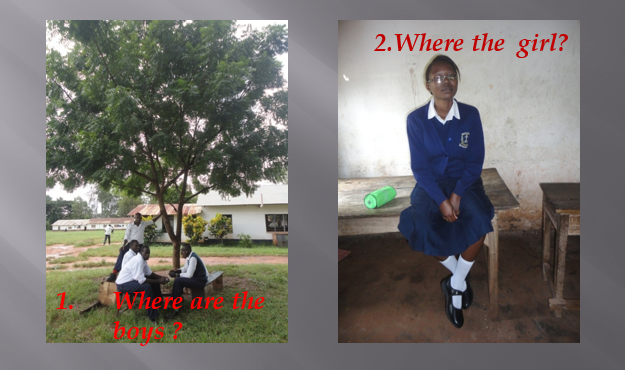 1.The boys are sitting under a tree

2.Grace is sitting on the table

The words under and on are used before the nouns a tree and the table  to show place and position.

These words are called prepositions

Some prepositions tell the positions of one or more things in relation to each other.

Consider the positions of the boy in these diagrams. 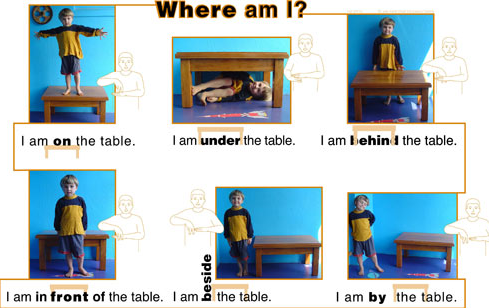 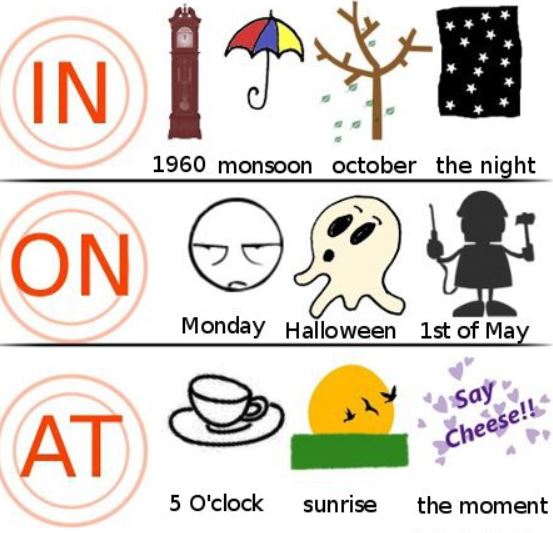 ¨1.We shall have a TransparencyIntegrity seminar in August (time)
¨2.The visitors are walking round the school (direction)
¨3.Our principal will travel by train(method)

Prepositions also relate nouns and pronouns to other parts of a sentence. 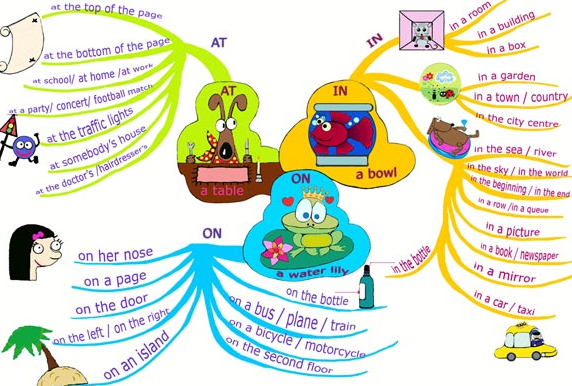 1. Come before a noun or a pronoun as connection.

Here are some examples with the common prepositions 'in', 'on', and 'at'. These three prepositions are often used to describe location or time.

In each of these sentences, a noun is connected to another noun.

Prepositions can also connect a noun or pronoun to the action of a sentence. When this happens, the preposition connects the noun after it to the verb in the sentence.

Here are more examples using 'in', 'on' and 'at', but in these sentences, a noun or pronoun is connected to the verb.

2. Modify verbs coming before them.

Clean up the kitchen. 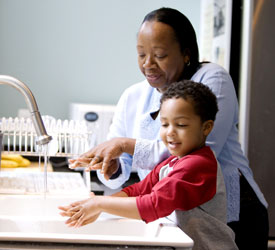 He ran over the cat.

The tree fell down. 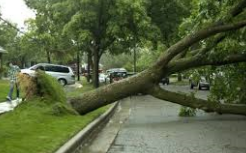 Example: The manager gave in to our demands. 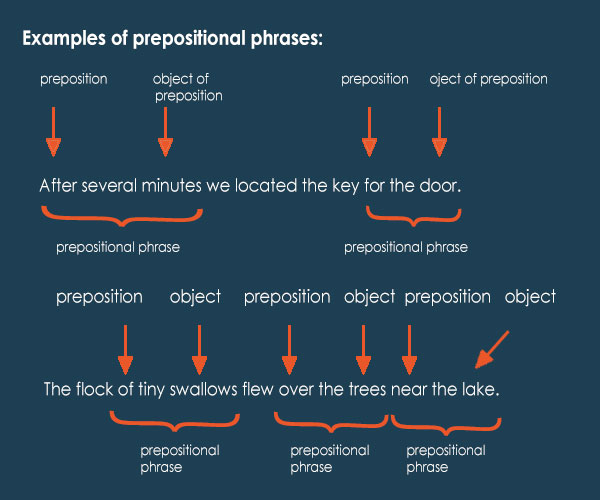 Some prepositional phrases are used as idiomatic expressions.

They have a meaning which is different from the meaning of each of the words that make up the phrase. 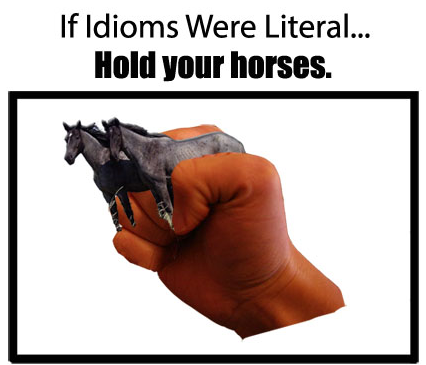 1. You were hands down the best player on the team.

There was no competition

2. I've been feeling pretty down in the dumps lately

3. I've been feeling under the weather.

4. That sound is driving me up the wall!

All of us are in the same position. 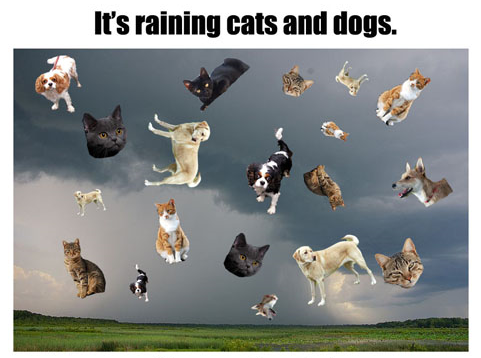 watch this video on Prepositions in on under and by