Pronouns are words used in place of nouns. There are of six types:

Tip: You can remember subject pronouns easily by filling in the blank subject space for a simple sentence.

These are used to show who owns what: 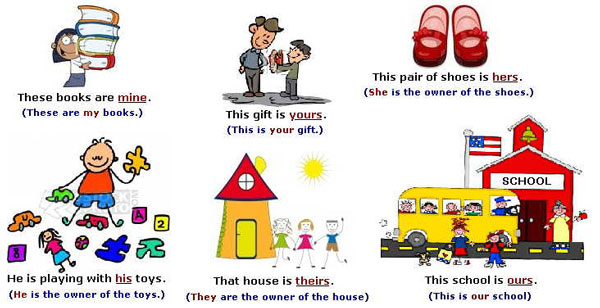 Possessive pronouns show ownership and never need apostrophes.
NOTE: The only time it's has an apostrophe is when it is a contraction for it is or it has.

Examples:
It's a cold morning.
The thermometer reached its highest reading.

These are used to point to something:

This, these, that, those.

“this” and “these” refer to things which are nearby in space and time.

“that” and “those” refers to things which are faraway in space and time. 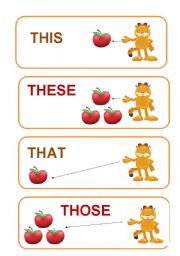 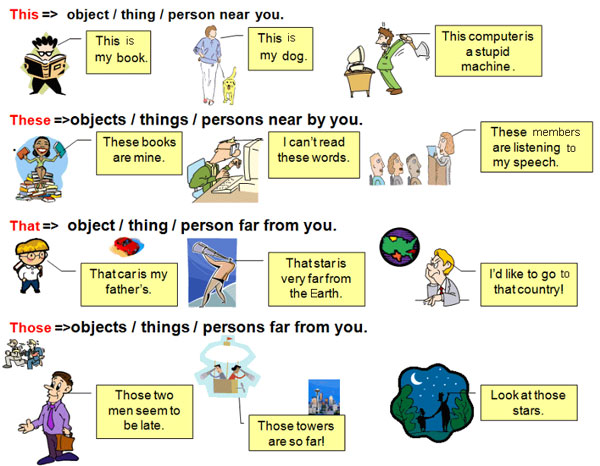 These are introducing or linking words. They link one clause to another clause. Hence, they introduce a subordinate clause in a sentence. They are:

who, whom, whose, which, that.

Who, whom and whose are used to refer to persons; which refers to things, and that refers to persons or things. They can also be compound words like: whoever, whomever, whichever.

These refer back to the subject of the sentence or of the clause:

ourselves, yourselves, myself, himself, itself, themselves, herself. 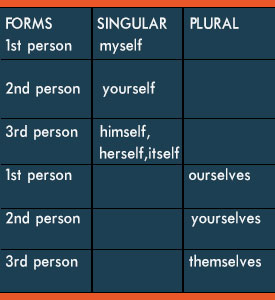 These refer to nouns whose quantity or number is not exactly stated:

either, neither, all, both, any, none, some, many, another, each, every.